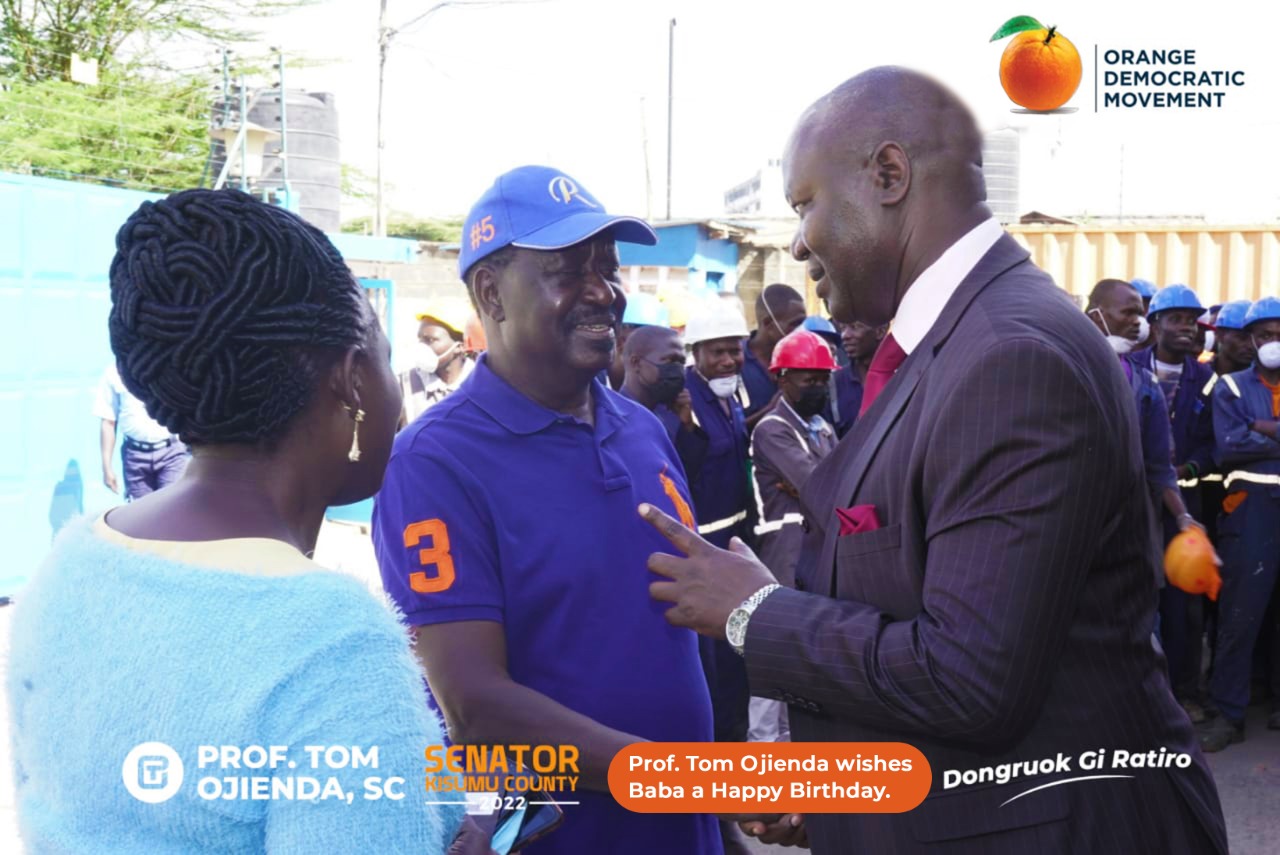 KDRTV NEWS Kisumu–The much awaited Orange Democratic Movement nominations in Kisumu County results  has brought in shock and disbelief as front runners who were perceived to be enjoying massive support across the county and at Orange house got a rude shock as the results were tallied and returning officers announced the final results at the County tallying center at Tom Mboya Labor College.

Kisumu Central Constituency Incumbent Hon. Fred Ouda who was touted to win the nominations with a huge margin lost to Dr. Joshua Oron who was contesting for the seat for the first time.

Dr. Joshua Oron who is a businessman in the lakeside city got a boost from women groups who have been supporting his bid since he launched his campaign for the Kisumu Central Parliamentary seat.

Hon. Fred Ouda is yet to concede defeat claiming that there were irregularities in some poling stations but the media is yet to confirm his allegations which he promised to first of all forward to the ODM National Election board while his close confidant who requested anonymity said that they are looking at other options possibly if Hon. Ouda can  run as an independent candidate if his grievances are not addressed amicably.

Another shocker  was when the Returning officer announced Professor Tom Ojienda as the ODM Senatorial candidate for Kisumu County beating front runners like nominated Senator Rose Nyamunga and Ayiecho Olweny who were viewed as front runners to the coveted senatorial ticket. An ODM party certificate is an almost sure bet to the August election as the party commands a huge following in Nyanza region and obtaining that certificate is if you’ve already won and just waiting for a normality to be announced by the Independent Electoral Commission after the General election because over 90% of the voters have always voted for an ODM Candidate in the General elections.

READ ALSO:Raila Odinga To Tour US For 7 Days

In Nyakach the Incumbent Aduma Owuor won the ODM ticket and is poised to retain his seat with 3,893 votes beating his closest competitor Mr. Pollynas Ochieng Anyango.

The hotly contested Kisumu County Women Representative which attracted more than 10 candidates  went to Ruth Odinga who beat her competitors and garnered 23,665 followed by Rose Omondi who got 13,999, Grace Akumu  10,324 and the former Kisumu City manager Rose Ombara who got 9122 and become number four.