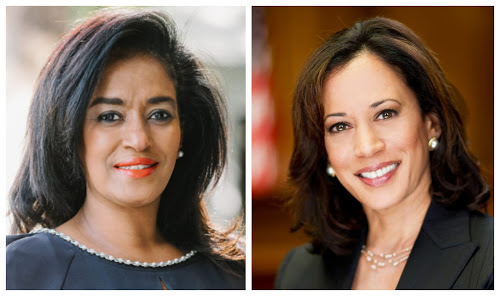 (KDRTV) – Nairobi Woman Rep Esther Passaris has found herself in trouble with netizens after comparing herself to US Vice President-Elect Kamala Harris.

On Monday, Passaris revealed how she was introduced to the American politician by her persuasion coach a few years ago.

“A few years ago my persuasion coach  @JulietErickson_ said I reminded her of a US Senator called Kamala Harris. I had no idea who she was, but I was told she had Presidential ambitions and that we were both born on 20th Oct 1964. So I started paying attention to Kamala’s career,”  she said.

Passaris trying so hard to link her RECEMBLANCE to USA Vice President elect Kamala Harris. Kamala Harris is a happily married, respectable female icon in the society while Passaris is a SOCIALITE BIMBO with questionable moral character who is out for SELL for the HIGHEST BIDDER. pic.twitter.com/0Xk6ds6P0K

The Kenyan lawmaker credited Harris, who made history as the first Black-American woman and female person to be elected Vice President, with inspiring not just Americans but also women from other parts of the world.

She also had a few good words to say to Joe Biden, the President-Elect, thanking him for choosing a woman running mate.

“Thank you  Joe Biden for the vote of confidence in women. History was made because you wanted to be part of the change needed to fight historical wrongs,” she added.

However, brutal netizens saying she cannot compare herself to Harris.

Esther Passaris saying she is Kamala Harris "look-like" but when she first contested a political seat,she was quick to remind us that her name is Esther Wairimu and has Kikuyu blood running her veins.

Give us a break, madam!

The American woman’s path to glory is well documented, starting as a prosecutor before becoming an attorney and later switching to politics in 2016. Passaris career trajectory is unknown.

She was a prosecutor,an Attorney, then a senator and Now V.P elect. Can we have your career trajectory please.

It's her career that propelled her not thirst traps and sponsors.

Kampala Harris is disciplined. You are not and never will you be!

Stop the comparison and focus on wearing translucent skirts.

Don't flatter yourself ma'am,the only thing you and Kamala share is skin complexion but that's just about it. Only the Iron lady @MarthaKarua comes close to Kamala,,, wewe Miguna told us everything we needed to know. Great week ahead