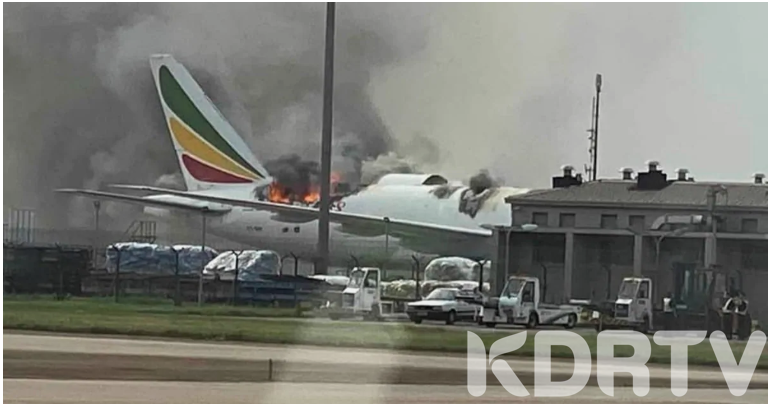 Reports have it that the plane, a Boeing 777F had just arrived at the airport from Brussels and was being loaded for next trip when it caught the fire 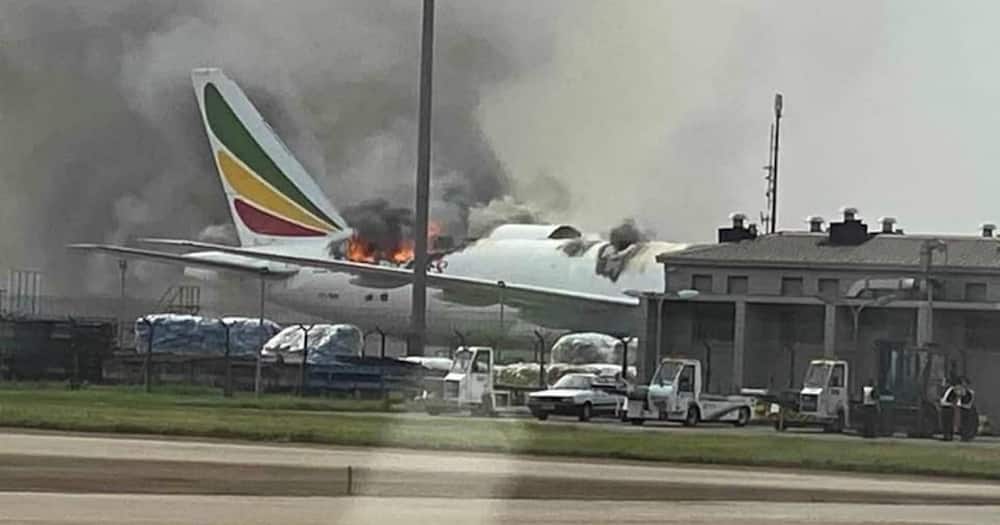 In a statement, the airline indicated that investigations are underway for the fire that consumed down the plane`s fuselage section

“The plane caught fire while loading cargo at Pudong International Airport. It was on a regularly scheduled cargo service from Shanghai to Sao Paulo, Santiago via Addis Ababa,” the airline said adding that no crew was hurt during the incident.

KDRTV saw footage of the incident that took place on Wednesday, July 22, where a dark cloud of smoke could be seen billowing from the plane`s fuselage accompanied by fire