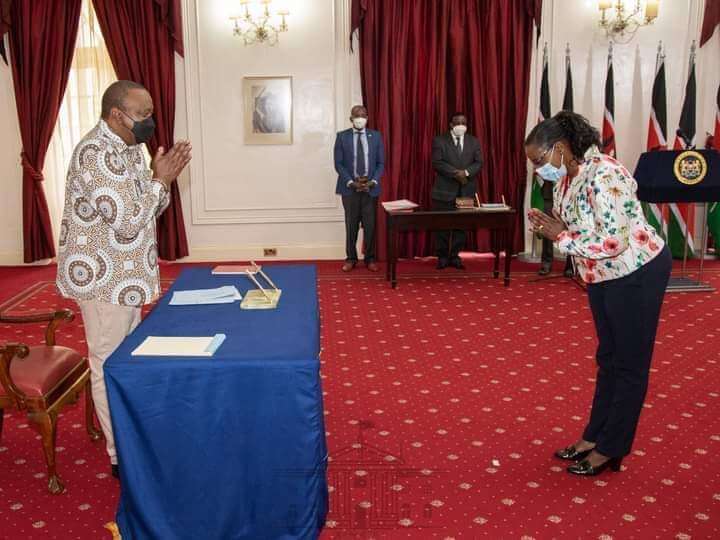 Elachi is among the nine CASs who have received the President’s blessings on Friday at State House in Nairobi.

President Uhuru Kenyatta advised the CASs to bestow much effort on the completion of the ongoing projects in the various dockets.

However, he affirmed teamwork as a critical tool in implementing the government agenda.

“We have a big task ahead of us, a task of completing programmes and projects that we have already embarked on. I look forward to your contribution in fasttracking them,” President Kenyatta said.

The swearing-in event was coordinated by the Head of Public Service Dr. Jospeh Kinyua.

KDRTV understands that Elachi resigned from Nairobi County Assembly Speaker position in August 2020 citing that she had been through a life-threatening incident.

In a televised statement, she read out her resignation letter which was addressed to President Uhuru Kenyatta.

“I humbly tender my resignation to President Uhuru Kenya. For the last few days there have been life-threatening incidences. I appoint my deputy speaker, John Kamangu as acting speaker,” she said.

During that time, both Elachi and Kamangu have been facing charges of corruption, illegal appointments, victimization of MCAs and assembly staff, and militarization of the assembly.