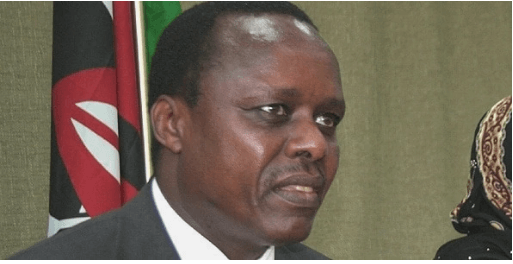 Howver, Kivuti has agreed that though hsi car was involved in the accident, it did not kill 45-year-old Chris Nderitu.

The accident occured on Sartuday, January 30.

KDRTV establsihed that the senators car was part of the convoy that was headeded to Sagana State Lodge to attend President Unhuru kenyattas meeting with Mt. kenya leaders.

“My car was involved in the accident but it did not kill the victim,” Kivuti told Daily Nation.

According to eye witness, the first car hit off the victim while the other two which were following at a close range ran over Nderitu

“It is not true to say the victim was killed by a hit-and-run vehicle…we stopped and allowed the OCPD and officers who were part of the convoy to do what they could have done in such a situation,” he added.

However, the police has assured the family of the victim that they are ivestigating the matter and that the family will get justice for Nderitu who was burried on friday, February 5.

“The family should rest assured that we shall follow procedures strictly no matter which vehicle was involved in crushing the person,” he said.