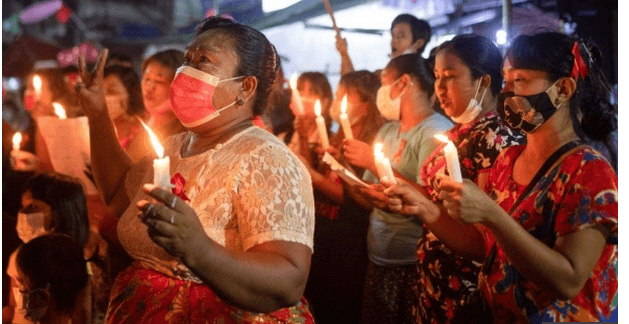 Hundreds of people rallied in Yangon faulting the military coup.

Despite the fact that the military closed down social media, hundreds of people still managed to rally in the city

Telenor, of the giant internet provider, on Friday, verified that it has been directed by the military to barricade access to Twitter and Instagram “until further notice”

Previously, the military had closed Facebook on Thursday, a move they alleged was aimed at maintaining ‘stability’

Though the coup leaders have not released an official statement on the closure of the social media, there are allegations that some social media sites were being used to cause misunderstanding among the public

Later, they organized night protests with many people could be had banging pots and pans while revolutionary songs

The military organized the coup after claiming that the Novembers election was fraudulent, however, the countryselection agency refuted the claims.