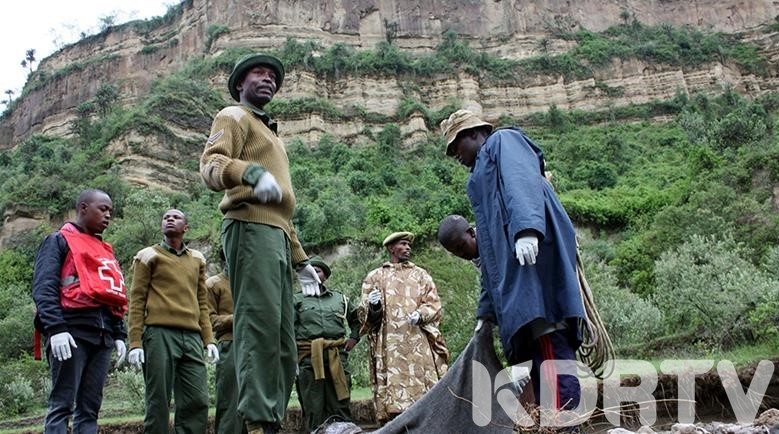 Six tourists were reported missing at the Hell’s Gate National Park on Sunday, with the Kenya Wildlife Services on a mission to back up and intensify on the search.

The tourists were allegedly swept away by the floods that hit the National park with high intensity ending up destroying properties.

The tour group was comprised of six people, before the floods engulfed and took over sweeping them away.

One of the tourists managed to survive and alert the National Park Security and the search was commenced.

Later in the day, a body of a female with an Asian origin was discovered already dead, with the remaining five still missing in action.

The search was resumed on Monday morning, with two more bodies discovered during the overnight hunt.

“We were alerted of the flooding reports by a survivor who managed to escape after they were swept away by the floods. Five others are still missing, among them a wife to the survivor,” said a security guard at the park.

Although the search of the remaining missing tourists has been intensified, they are likely to be dead after more bodies were discovered.

In April 2012, the youths from a church in Nairobi had visited the site before they were swept away by floods.

Their bodies were discovered days later.