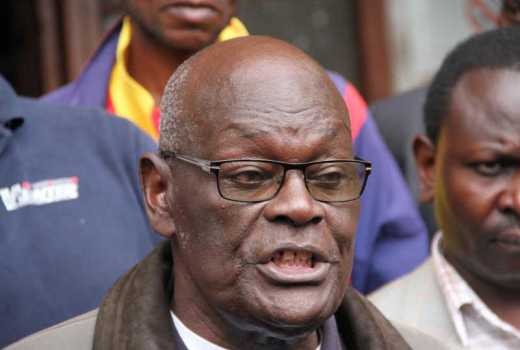 Sources point out that Gumo’s sister-in-law together with her driver were kidnapped by armed men outside their gate at night as they waited to be let in.

According to a police report, three suspects ambushed them, blocked their car on the highway before ordering them to alight.

“They were waiting for the gate to be opened when they were attacked,” a police report read. “They forcefully bundled them into another vehicle at gunpoint.”

The armed men left the victim’s car on the road and sped off as they cried for help.

READ ALSO: Pastor Ngángá Lands In The US, Says Only CA Can Shut Down His TV Over Dirty Preachings

Police sealed off the crime scene and alerted detectives from the Directorate of Criminal Investigations (DCI) who conducted analysis and also dusted the vehicles.

“We were able to trace Gumo’s sister-in-law’s phone location at Muthaiga. That was the last clue the detectives had and are following the lead,” said police.

Police further said they are unable to trace the location of the victims given their phones are off.