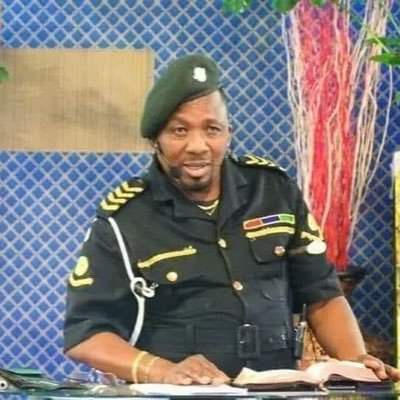 Neno Evangelism Founder Pastor James Ngángá has brushed off threats from Media Council of Kenya of shutting down his TV channel following a series of uncensored preachings.

Ngángá, who is currently in the US, has said that MCK has no power to shut down Sasa TV following his controversial sermons and that only Communication Authority can pull the plug.

“As far as I know, I am not under Media Council of Kenya but under CA. We report to the CA and I receive the letter from them giving me a warning,” Ng’ang’a said.

The pastor further said the council should stop trying to filter his words which he believes were clean and harmless.

“I am a preacher, not under anybody…to preach what or what depends on the message that I have,” he said.

“Let us not fight over TV stations. Sell what you want to sell. I am a preacher. So, if somebody is there trying to intimidate me, it’s too late. Let me talk to my viewers, protect the altar of God.”

Ngángá’s statement come after MCK CEO David Omwoyo Thursday said the council is still investigating Sasa TV following an allegation of breach of Code of Conduct for the Practice of Journalism in Kenya.

In a letter sent to the pastor, Omwoyo accused him of airing offensive content on Sasa TV.

“The Council notes that the media house in question breached clauses 5 (b) (c) on Accountability and 10 (1) on Obscenity, Taste, and Tone in Reporting by allowing a presenter, Apostle James Maina Ng’ang’a in a live broadcast from ‘Jerusalem City Kenya’ at 1024 hours where he uttered offensive and unprintable words on-air,” Omwoyo said.

For the better part of this month, Sasa TV has been trending for the wrong reasons following the preaching from the pastor.

The pastor was recently on the spot for confessing he has over 70 children all over Kenya. Ngáng’a bragged how he has impregnated and dumped women across the country and intentionally ignored the kids.

“I am a grandfather to so many kids, some are in Kirinyaga, some are in Ukambani, some in Nakuru. In Kisumu I don’t have maybe one or two from those who were living in Mombasa. In Ukambani,(Nimetaga mayai Ukambani. I laid eggs there.)” he said.

“Sometimes, I go to Ukambani and look at people and say, this looks like me. ( Saa zingine naendanga Ukamabani naona nikama hii ni yangu hii.)”

The following Sunday, the pastor trended yet again after saying on live TV nurses shouldn’t touch his private parts when he dies.

Ng’angá used vulgar words while claiming that God has protected him and that when he dies, nurses won’t get a chance to hold his private parts during the postmortem.

“Me siku yangu nikiondoka, I believe my God has protected me,” he said during the sermon.

Sasa TV released a statement on social media apologizing for the utterances from the pastor.

“To our esteemed viewers, we sincerely apologize and sorry for the content aired on 3rd Oct, 2021 during live service which breached our editorial policy and CAK regulations. We assure you this will never happen again, ” Sasa TV said.

Ngángá videos have been getting different reactions from Kenyans. Some wondered why people attend his sermons while others believe he’s disgusting and should stop.

Reacting to one of the videos, former Nairobi Governor Mike Sonko said Ngángá should be clamped following the videos.