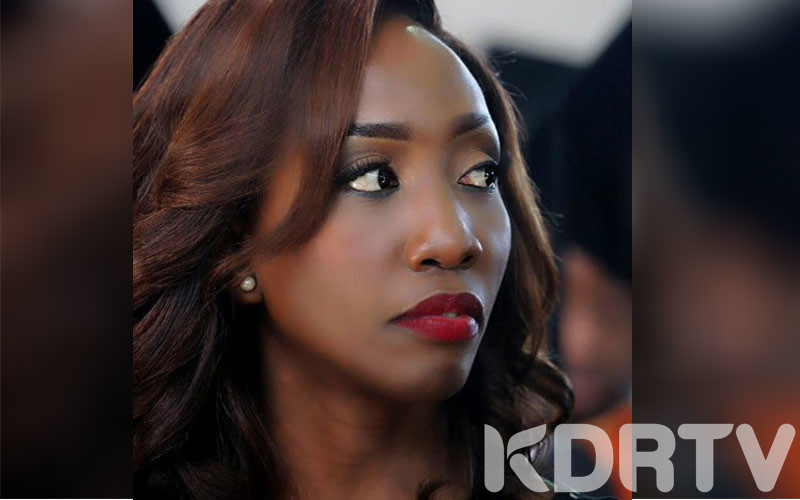 (KDRTV) – Citizen TV journalist Yvonne Okwara has just moved from hero to zero in a matter of hours following her remarks on the online trolls directed towards Brenda Cherotich, Kenya’s first patient of Coronavirus.

Brenda has been on the receiving end of social media trolls after her name was revealed following her recovery from the dreaded virus. Her friend Brian who also recovered from the virus joined her for a video call with President Uhuru Kenyatta on Wednesday. Brenda was also interviewed on NTV and Citizen TV.

However, most Kenyans led by influential bloggers and politicians poked holes into a story and concluded that she wasn’t sick but was just a Public Relations stunt.

The trolls didn’t stop there, as an unknown person leaked her alleged nude photos on social media.

Yvonne Okwara claimed that Brenda was targeted because she is a woman.

“It is absolutely shamefully how we behaved on social media. This is proportionately targeted at women. We are not hearing all these vile things being said at Brian. All these are being said at Brenda because she is a woman,” Yvonne said during Thursday’s #NewsGang session.

However, Kenyans have questioned why she would raise the gender topic when she didn’t speak after a woman exposed alleged nudes belonging to West Pokot Governor John Lonyangapuo.

I strongly disagree with Yvonne Okwara. Your statement is not objective. It is emotional and stinks to high heavens. Speaking of which where was your voice when your fellow women stripped a MAN (Lonyangapuo) naked and shared his nude photos? This is toxic
pic.twitter.com/mqXDt0GkAK

Cyberbullies also took advantage and dug into Yvonne’s past and exposed cobwebs.

Incase you didnt know: Yvonne Okwara Matole
The Citizen TV reporter is married to Andrew Matole.
Andrew was initially married to one Alice Manyola Matole sometime back and they have three children, Linda, Faith and Emmanuel. pic.twitter.com/hBhgZzMS53

We hope Yvonne is strong enough to overcome these trolls.

Subscribe to watch latests videos
In this article:Brian and Brenda, Headlines, Yvonne Okwara