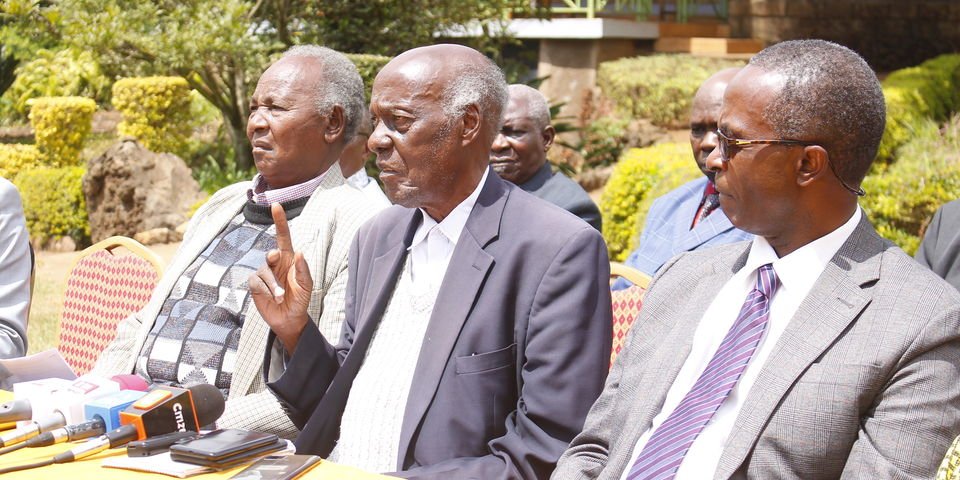 The Gema Cultural Association (GCA) has defended President Uhuru Kenyatta against allegations that his administration has led to the increase in the price of basic commodities.

Gema leaders, led by retired Bishop Lawi Imathiu, said the high cost of living is a global concern because of rising oil costs and the war in Ukraine “that has badly impacted global food supply chains”.

Deputy President William Ruto, while campaigning in the Mt Kenya region, blamed the high cost of goods on what he called the blunders of the government after President Kenyatta’s ‘handshake’ with ODM Raila Odinga.

“We ask Kenyans to be patient and also implore the government to seek ways of cushioning Kenyans against the price-driven inflation,” Mr Imathiu said.

The Gema leaders also tried to defend the Jubilee administration’s development performance during its second term.

“We also take note and applaud the work the Jubilee government has done within the term of its leadership and in particular the second term since the handshake happened. The President has repeatedly observed that he has achieved more with the handshake than before,” Mr Imathiu said.

The leaders also praised the nomination of Martha Karua as Raila Odinga’s running mate, but insisted that the association was not drumming support for any political side.

“This is recognition of her unwavering commitment to solving [the challenges facing Kenyans.”

“we believe she will create a balance that is necessary in a society like ours, and pursue gender inclusivity for effective national development”. Imathiu stated.

They urged the Independent Electoral and Boundaries Commission (IEBC) to make sure the elections are accountable, credible, verifiable, and transparent while urging Kenyans to embrace peace and sobriety both during and after the elections.