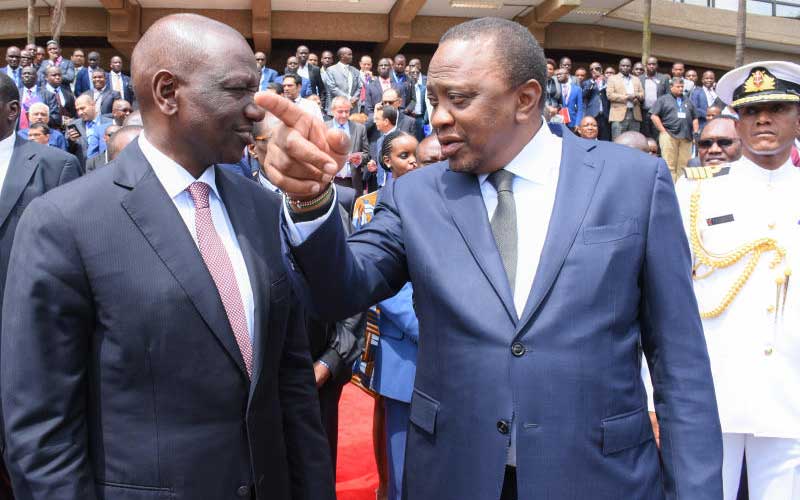 A leaked audio online has revealed that Deputy President William Ruto and his boss President Uhuru Kenyatta were locked in a heated argument that almost turned into a physical confrontation after the 2017 election nullification by IEBC.

The audio recording, which features DP Ruto speaking to Kikuyu elders during a meeting on Friday at his official Karen residence in Nairobi, provides insight into the anxious moments that followed the Supreme Court’s historic decision.

According to Ruto President Kenyatta nearly gave up the fight for a second term in office because he was so distraught by the Supreme Court decision ordering a repeat of the election It was only because of his insistence that he agreed to run again in the second election, which was boycotted by Raila Odinga.

“So, ndiyo huyo… Oh, sasa, hii maneno, sijui nini, mimi sitaki, mimi nataki kuenda Ichaweri, sasa mimi sitaki, wacha tuachane na hii kitu.” loosely translated to “Here is the President and he says he is not keen on taking part in the repeat elections and that he wants to go to Ichaweri, that we should abandon this thing.” The DP said.

‘I looked at him and told him ‘you!’ It’s only that I was being respectful, I would have slapped him. How could we just quit?’ He added.

The Deputy President further asserted that he persuaded President Kenyatta that the incumbent Jubilee party could not have lost the election.

According to the DP, after the conversation they both left State House and headed to the Burma market, where the President began to process what had just transpired.

Mr. Kenyatta then made the  famous “we shall revisit” comment at the market, as he lashed out at the Supreme Court for invalidating his re-election.

Also Read: Uhuru Reacts to Ruto’s Manifesto, Tells Kenyas What to do in August 9