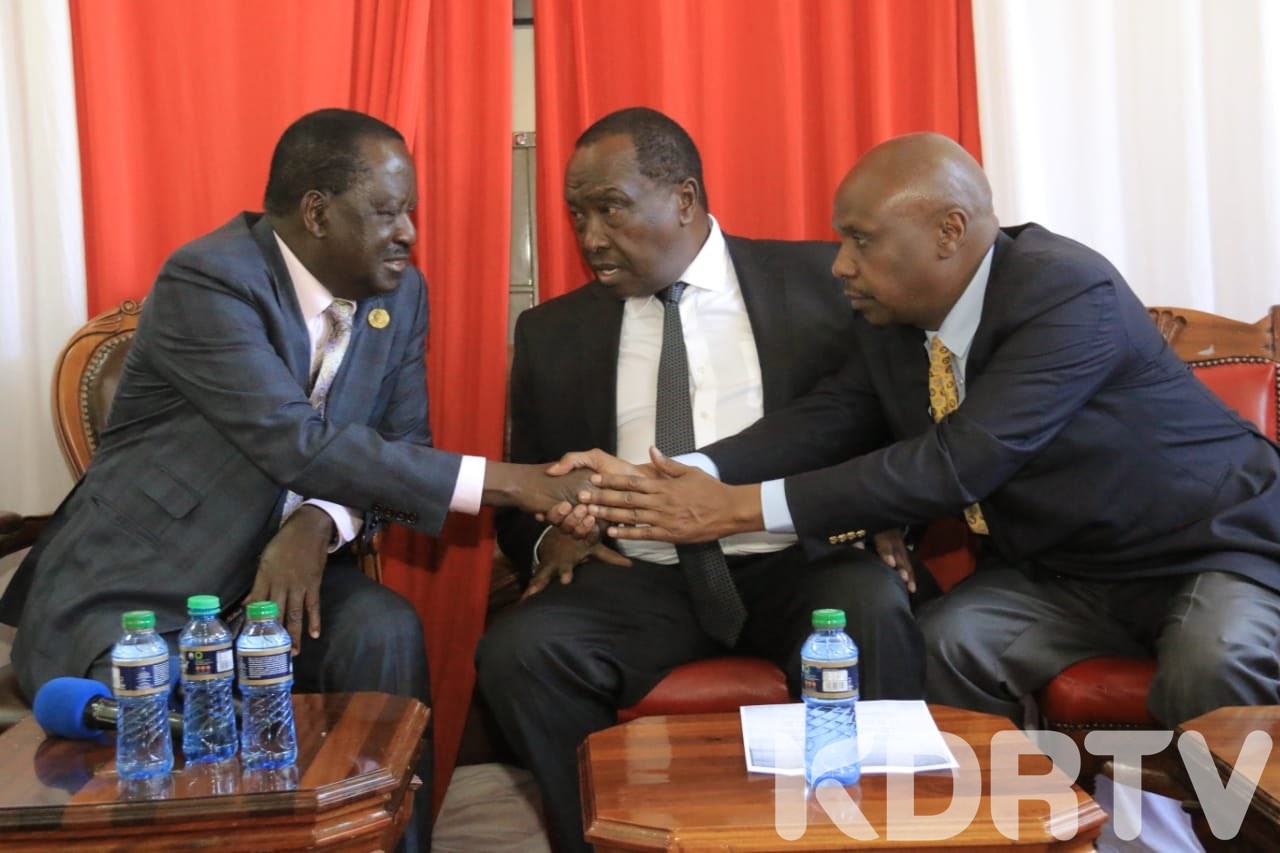 (KDRTV) – Baringo Senator Gideon Moi was heckled as he eulogized his father at the Nyayo Stadium on Tuesday.

It is not clear why the heckler chose to disrupt the speech of former President Daniel Arap Moi’s last son, who spoke on behalf of the Moi family at the memorial service.

The cameras captured police arresting the unidentified man and dragged him to an unknown location outside the stadium.

Kenyans on social media claimed that the man could have had a personal beef with Mzee Moi. Despite being eulogized as a statesman and father of the nation, Mzee Moi had his weaknesses. He hurt and tortured several critics.

Human rights and political activist Boniface Mwangi praised the heckler, saying that history will remember him for his boldness. He asked police not to manhandle him.

“During times of universal deceit, telling the truth becomes a revolutionary act.” ― George Orwell
Whoever that person that tried to heckle the lies being told at #MoiFinalJourney, I salute your courage. I hope @NPSOfficial_KE will not torture him like they do to me in 2009. pic.twitter.com/8PhA9Dmv8y

Mwangi is among several activists who have accused the government of trying to distort history by praising Moi, yet it is a well-known fact that the man ruled Kenyan with an iron fist and terrorised dissenting voices.

In his speech, Gideon eulogized his father as a person who found time for his family despite his commitments.

“Despite the responsibilities he carried as a statesman, Mzee Moi still found time to be a wonderful father,” Gideon said.