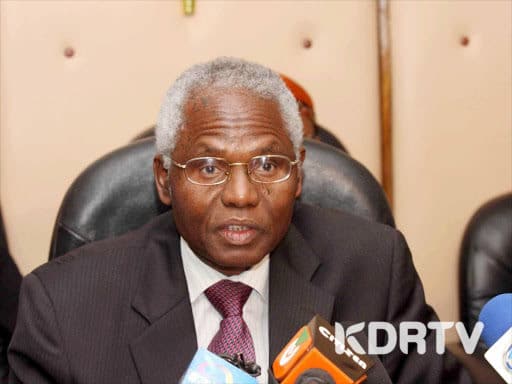 Ambassador Francis Muthaura has proposed whoever comes second in the presidential elections should be given the position a Prime Minister.While presenting his views to the Building Bridges Initiative team, Muthaura said this was the only was to deal with the winner takes it all nature of Kenyan politics.

“The primary objective of the review would be to ensure that the leadership of the national government is all inclusive as a permanent guarantee for national cohesion and unity,” Muthaura said.HE also added that an all inclusive government will deal with the issue of disunity witnessed after each election cycle in the country.

“In 2007 William Ruto was with Raila Odinga in ODM fighting President Mwai Kibaki and Uhuru Kenyatta.In 2013, Ruto teamed up with Kenyatta against Raila Yet now Raila is working closely with Kenyatta. It shows you that we can achieve lasting peace and national cohesion if we accommodate many people in the executive,” he added.

The former strong man in Mwai Kibaki’s administration in the Grand Coalition government currently is the Chairperson of KRA. He  told the BBI team the country was ripe for a parliamentary system of governance, and that presidential and parliamentary elections should be held on separate days.