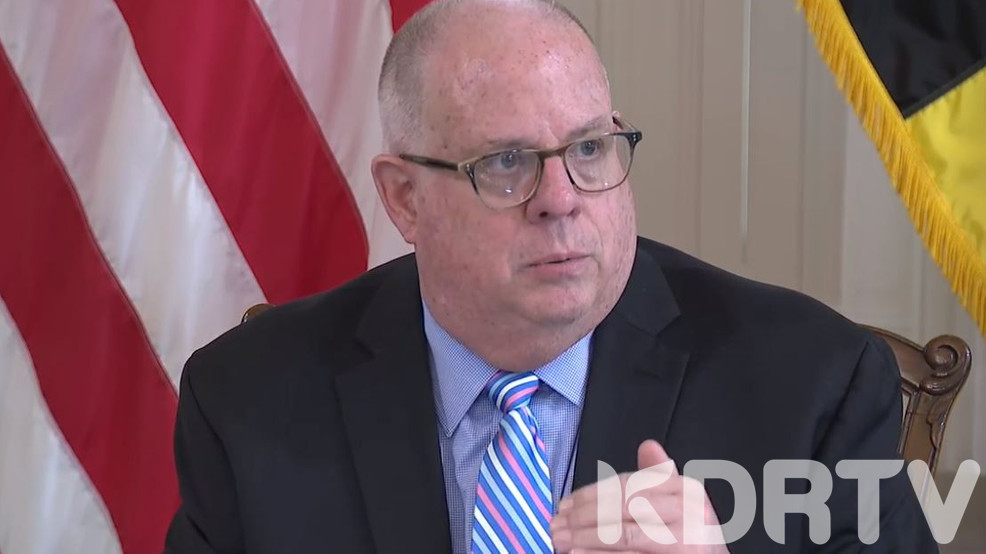 WASHINGTON — Concluding his initiative as chair of the National Governors Association, Maryland Governor Larry Hogan released a series of principles intended to help strengthen the state-federal partnership on infrastructure, which is key to building a strong and sustainable national economy in the aftermath of the COVID-19 pandemic.

While Gov. Hogan formally ended his one-year term as chair of the bipartisan association of the nation’s 55 state and territorial governors, his initiative, Infrastructure: Foundation for Success, will continue to inform state efforts to build and maintain infrastructure, as well as federal partnerships on modern and well-functioning infrastructure.

“It was the honor of a lifetime to have been chosen by my colleagues to serve as chairman of the National Governors Association and I could not be more proud of this organization, of every single one of our governors on both sides of the aisle, and of everything that we have accomplished together,” said Gov. Hogan. “In states across the country, at one of the most important moments in our history, governors are doing what we do best — we are working together in a bipartisan way, showing real leadership, making real progress, and finding real solutions to the serious problems facing us.”

The federal principles released by Gov. Hogan during the NGA Summer Meeting outline steps Congress can take to promote each of these pillars. For example, he recommended measures to strengthen public-private partnerships, to offer incentives for projects in vulnerable and underserved communities, to expand individual and community access to broadband internet, and to support reliability and certainty of formula funding and state flexibility of federal surface                transportation allocations.

Each of Gov. Hogan’s four principles was supported by a regional stakeholder summit bringing together governors and other state leaders, private-sector experts and business leaders, and other partners. The final summit was moved to a virtual format due to COVID-19.

Gov. Hogan noted that the economic downturn caused by the pandemic has reinforced the need for a federal-state infrastructure partnership that could put thousands of Americans to work in the short term while building the foundation for a sustainable economic recovery. Such a partnership should include large-scale investments in traditional infrastructure systems, including not only roads, bridges, transit, and aviation systems, but also substantial investment in the country’s energy, water, broadband and cybersecurity infrastructure.

You can watch a video summarizing Gov. Hogan’s perspectives and accomplishments on his Chair’s Initiative here. Additionally, you can view a video recapping Gov. Hogan’s term as NGA chair, including his leadership on the bipartisan state response to COVID-19, here.

Founded in 1908, the National Governors Association (NGA) is the bipartisan organization of the nation’s 55 governors. Through NGA, governors share best practices, address issues of national and state interest and share innovative solutions that improve state government and support the principles of federalism.