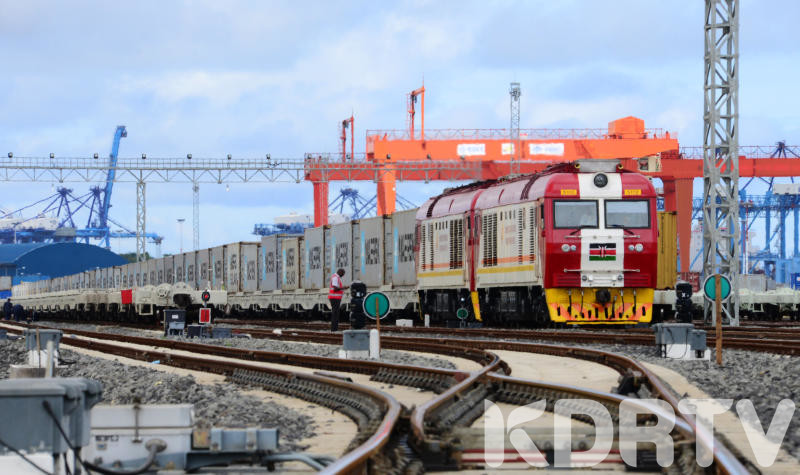 The battle between the Kenyan government and transporters over the obligation to have all cargo destined to Nairobi and beyond transported by the standard gauge railway has plunged in the court.

Under the umbrella of the Kenya Transporters Association Ltd (KTA), truck operators have tendered a petition in the court seeking to pronounce that the importers of cargo at the port of Mombasa be afforded freedom to choose how their goods are transported.

In the petition, the KTA has prosecuted the Kenya Revenue Authority (KRA), Kenya Railway Corporation (KRC), Kenya Port Authority (KPA), and the Transport Cabinet Secretary, James Macharia on the Competition Authority of Kenya.

According to the transporters, the directive .provides by the KRA and KPA breaches the constitution and destroys public trust placed on them by the residents of Mombasa County.

The court is seemingly the last option for the transporters, who formed an alliance by some Human right organization and politicians who in recent days have been demonstrating over the directive.

According to KTA the directive that is in favor of Kenya Railways did not involve public participation and is meant to breaches the right of consumers to decide how their cargos are transported.

“The government behaves as though the SGR is the only infrastructure which has ever been invested in the country and forgets that the road infrastructure development and transportation companies have been a great source of revenue,” argues KTA in its petition.

KTA has also complained that being a stakeholder in the transportation sector, they were not given a chance to express their views on the directive.

Thus, the KTA is demanding that the directive be revoked and a declaration be made that Mr. Macharia has acted illegally and contrary to the constitution.

They also demand compensation of the general damage from the respondent and the cost of the petition.