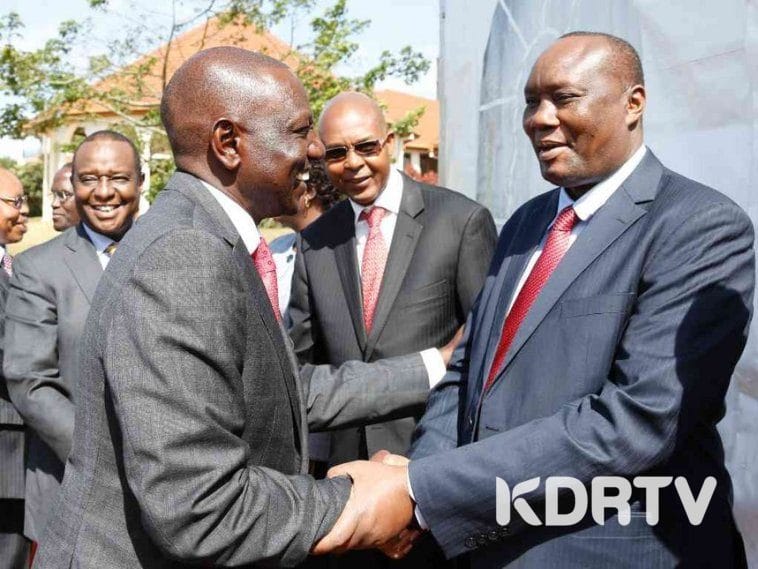 Busia Governor Sospeter Ojaamong` faces disciplinary action after Th Orange Democratic Movement (ODM) threatened to take action against him for backing up DP Ruto in his presidential bid in 2022.

KDRTV has learned that ODM chairman Patrick Obongonya has said that the Governor is set to appear before the party`s disciplinary committee next week to clarify into details the link between him and the Deputy President.

Mr. Obongonya indicated that the summon will occur before the issue is forwarded to ODM`s National Executive Council (NEC)

While speaking to the media, the party`s chairman indicated that others to face ODM disciplinary action alongside Ojaamong` are Teso South MP Geoffrey Omuse and a group of MCAs from the devolved unit.

READ ALSO: Ruto Tells Off Uhuru for the first time, over 2022 Politics

It is in records that Turkana Governor Nanok was removed from his position as the vice-chairman of ODM party after disclosing his support for DP`s presidential bid in 2022.

Aisha Jumwa has also been a victim after she declared his support for DP Ruto`s presidential bid in 2022.