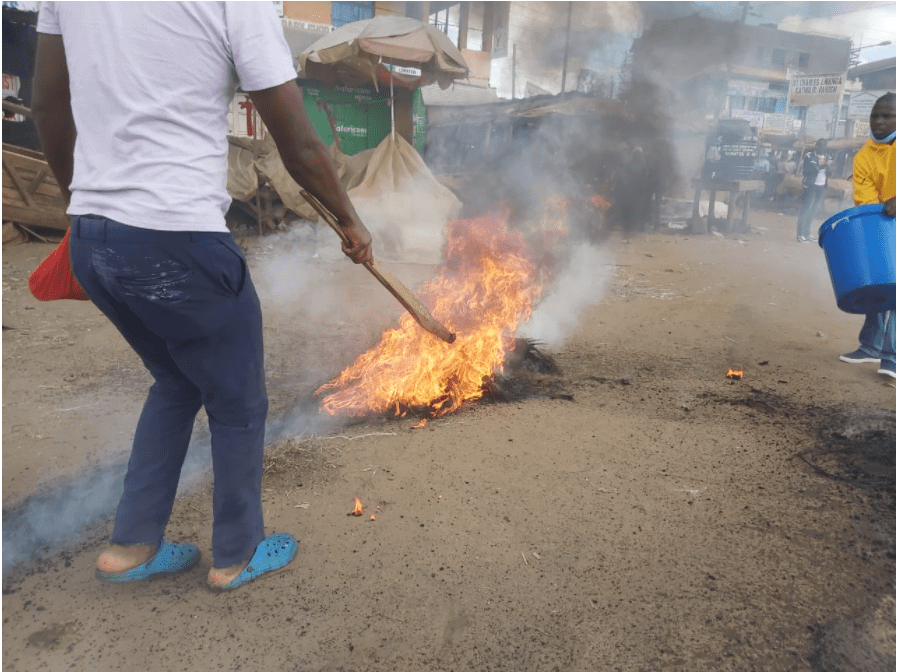 (KDRTV) – The National Transport and Safety Authority (NTSA) has summoned the directors of two bus companies over Sunday’s  chaos at Kenol Town in Murang’a.

At least two people are reported dead after two factions clashed ahead of DP William Ruto’s visit for a church function.

NTSA wants the directors of Joy Kenya and Neo Kenya bus companies to shed more light on what happened.

“In implementation of the PSV Regulations, 2014 and in consultation with the Inspector General, the Authority has summoned the officials of Neo Kenya Mpya Commuters Limited and Joy Kenya Services Limited,” NTSA said in a statement on Monday.

NTSA Update: In implementation of the PSV Regulations, 2014 and in consultation with the Inspector General, the Authority has summoned the officials of Neo Kenya Mpya Commuters Limited and Joy Kenya Services Limited to appear… https://t.co/C12DaxlxC7 @InteriorKE @NPSOfficial_KE

The authority was following up on a directive from the police headquarters on Sunday which revealed that police were in pursuit of buses that had ferried goons to Kenol.

The Director of Criminal Investigation (DCI) said on Monday that MPs; Ndindi Nyoro and Alice Wahome had surrendered to the regional offices in Nyeri over the chaos.

Following the @IG_NPS directive yesterday in regard to fracas and mayhem in Muranga County, the following members of parliament namely Ndindi Nyoro and Alice Wahome among others have been summoned to appear this morning at the Regional Criminal Investigations…@NdindiNyoro

This followed an order of from Inspector General of Police Hilary Mutyambai directing for the immediate arrest of the twol lawmakers on Sunday evening.

It is believed the two lawmakers mobilised goons to cause chaos and blame it on their rivals.

According to locals, two buses ferrying unknown youth arrived at Kenol as early as 7:00 AM on Sunday morning and started the chaos. They lit tyres on the main road before going to throw stones at the church where the DP later visited.

You hired a few young hustlers for only KShs 500 to cause chaos, paid and left and yet you are opposed to hustlers getting wheelbarrows ? Anyway we have arrived and the people of Muranga are peaceful https://t.co/3WxN26ufMs

The goons were not locals and are said to have been ferried from Thika Town.