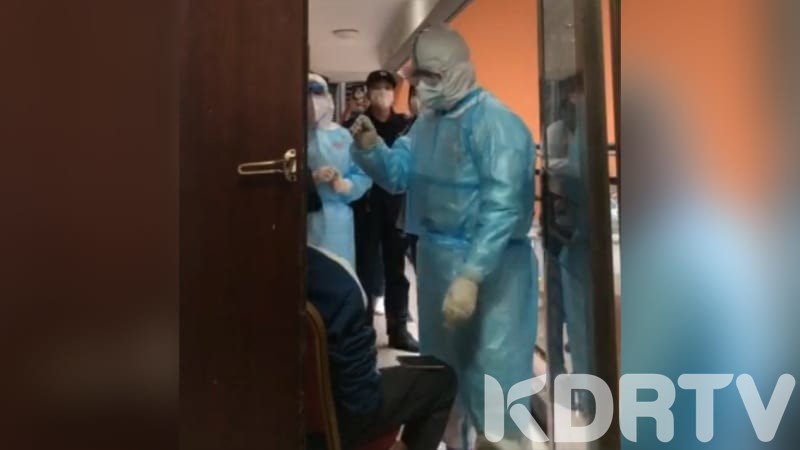 (KDRTV)-Few days after the African countries and the US complain.d that Chinese authorities are mistreating foreigners (Africans and American), the Guangzhou now says that 111 Africans have tested positive for COVID-19, a respiratory disease caused by a coronavirus

Read also: Positive Cases Of Coronavirus Have Risen To 208, 1-yeard-old Among New Patients.

According to the news agency, among the coronavirus patients, 19 of them are imported cases- the Xinhua news agency quoted Chen Zhiying, the executive vice mayor of Guangzho.u

Reports indicate that a total of 4, 553 African people were subjected to compulsory nucleic acid testing since April 4, Chen reported

KDRTV also understands that China on Monday denounced allegations by the African and US diplomats that foreigners of African descent were being subjected to forceful testing for coronavirus, quarantines, and ill-treatment

According to our previous reports, many African countries demanded that China should address concerns that Africans in Guangzhou city are being mistreated after China alleged that the incidences of imported cases were on the rise.

Last week, the US complained that the Chinese local authorities were ordering bars and restaurants not to serve a client who appeared to be of African origin

Reports reveal that African in China were forced to compulsory tests and quarantines. Some were also being chased from their homes after the Chinese local authorities were ordered to expel them out of such homes

However, in a statement released by Chinese Foreign Ministry spokesperson Zhao Lijian denied the claims.

Read also: Raila Moves to Save Bedroom from the Jaws of Coronavirus

“We are still facing great risks of imported cases and domestic resurgence. Particularly, as the pandemic spreads all over the world, imported cases are causing mounting pressure,” said Zhao.

“All foreigners are treated equally. We reject differential treatment, and we have zero tolerance for discrimination,” he added.