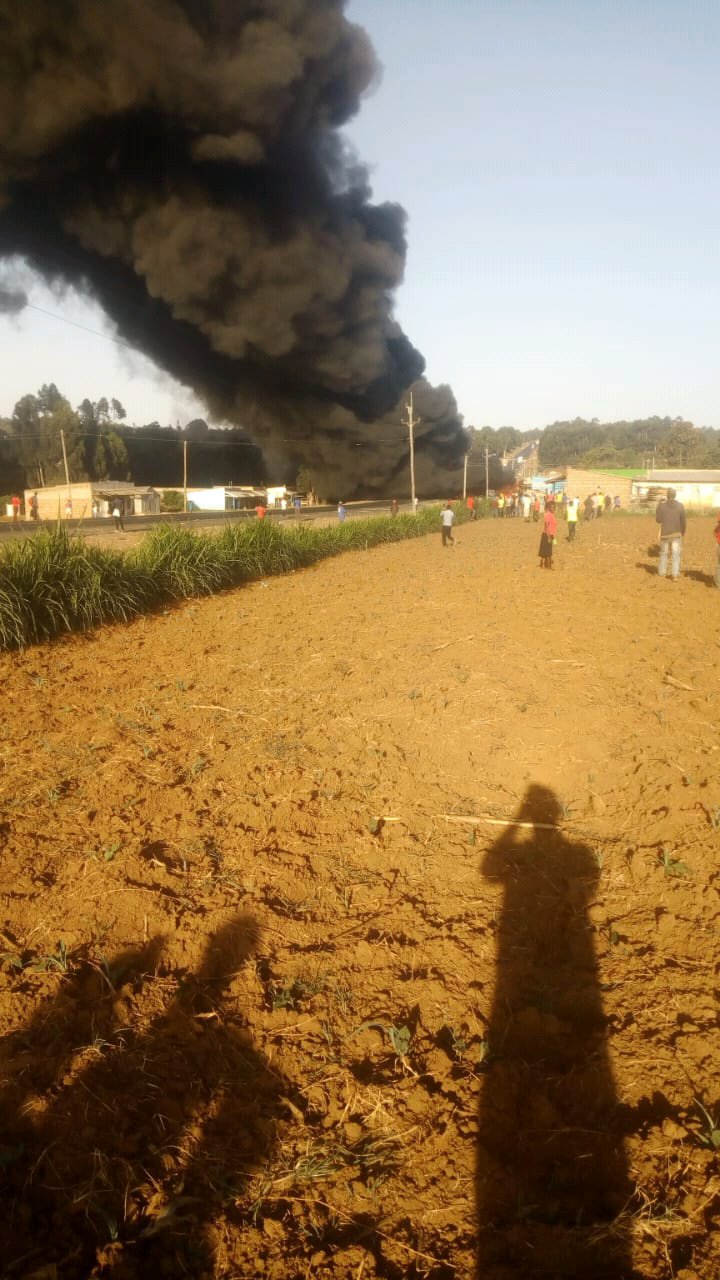 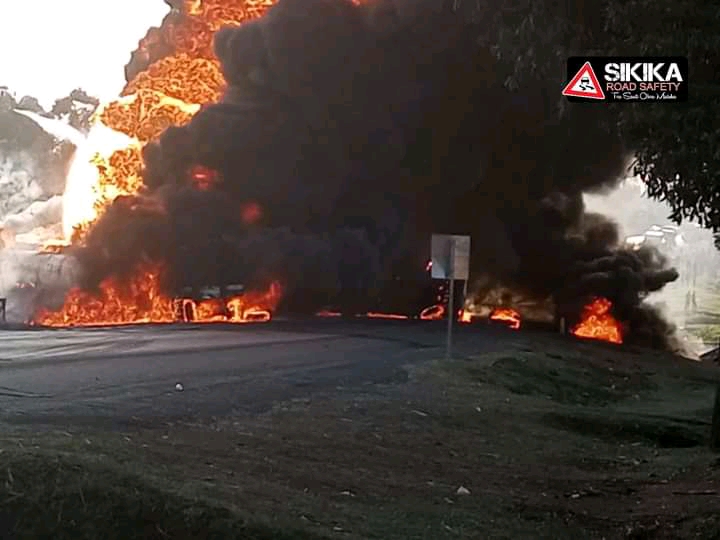 Several cars that were close to the two tankers were burnt beyond recognition. However, unknown number of people are feared dead.

The police together with the Kenya Red Cross are now containing situation. People are urged to keep distance to avoid more casualties.

This comes barely some few months after another lorry exploded on the same area killing 8 people while injuring a lot of pedestrians.

Consequently, most cars were also burnt.

In a situation of such explosions, many Kenyans have lost their lives trying to savor petrol from the lorries.

This is not the first time such incident is happening. More reports will be given after the police and red cross contain the situation.

Subscribe to watch latests videos
In this article:Explosion, Kakamega, Kdrtv