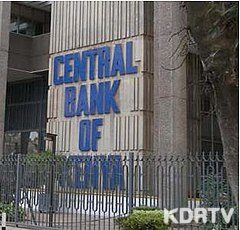 Betting Firms have been put on another tight spot after the Central Bank of Kenya (CBK) tightened the hitch in correspondence to regulations set on renewal of licenses.

Over the last week, major betting firms were shut down by the Interior CS Fred Matiang’i on failure to adhere to the licenses and regulation standards set.

To make it worse, they involved telecommunication companies in the war such that a 48-hour ultimatum had been issued for gamblers to withdraw their funds.

Many gamblers quit the betting firms and others expressed fear of losing their funds making the firms operate at losses.

However, this did not stop the betting firms from running business as usual as they took the alternative of involving banks for their transactions and business deals.

Today, the firms witnessed the last nail on the coffin as the CBK put an end to their business and transactions through closing their bank accounts.

The Interior CS had issued a warning prior to the closure for all licenses to be renewed where the firms that failed would suffer utter consequences.

The failure was thus as a result of no correspondence and lack of conformity to the required rules.

A statement of notice was issued in regards to the closure, where the CBK affirmed the discontinuation of betting services in the firms due to their failure to renew their licenses.

Therefore, the betting firms that had failed to renew their licences were rendered   illegal as they will be operating illegally.

After the shutting down of the pay bill numbers last week, the CBK statement leaves the betting firms no other choice but to submit to the license renewal terms or exit the market.

Betting has been a game enjoyed by majority of gamblers in the country, but with the strict regulations, many are bound to be duped into spending their funds with no certainty of getting them back.

Therefore, all gamblers are expected to be on the lookout and careful about the betting firms they invest their funds in.