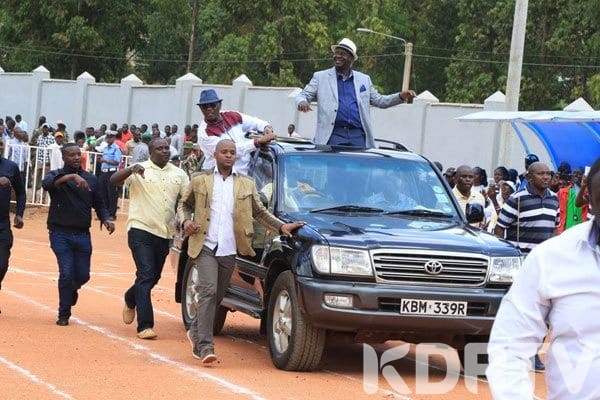 (KDRTV) – Former Prime Minister Raila Odinga should thank his bulletproof car as it is the only reason he is still alive, Nairobi Governor Mike Sonko has said.

Sonko claims that ‘the system’ had instructed police officers to finish Raila Odinga in the aftermath of the 2017 elections but the ODM leader used a bulletproof vehicle on a fateful day.

“They instructed police officers to shoot him in his car at close range aiming in his head at the junction of Ngong road and Uhuru Park. Luckily, the white Range Rover he was using on material day was armoured,” the Nairobi Governor said. 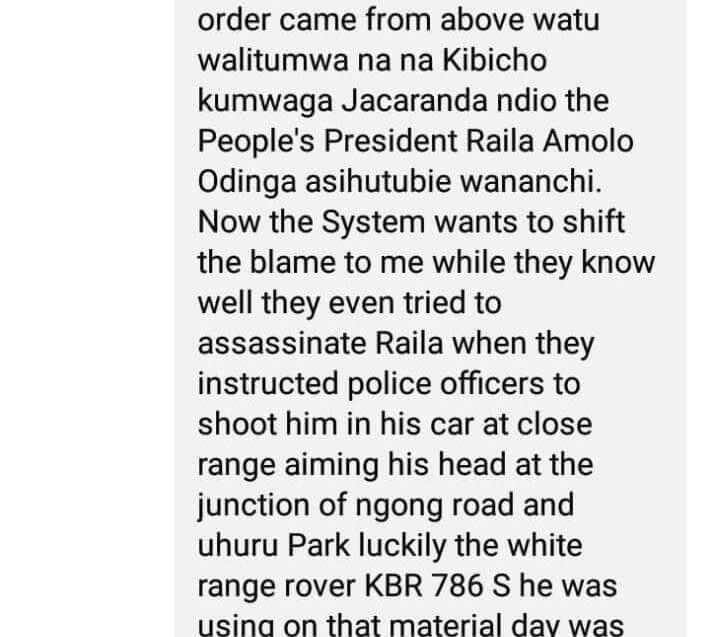 Sonko did not give any evidence to substantiate his claims.

In another post, the governor dug up a story quoting Raila’s daughter Winnie Odinga claiming that their car was sprayed with bullets as they left JKIA in November, 2017.

The ODM leader had arrived from the country from the USA. Thousands of NASA supporters turned up at the airport to welcome him. Winnie claimed that police shot at their vehicle. However, the incident allegedly happened a long Jogoo road and not Ngong road as Sonko alleged in his post.

Afro cinema continues. Internet never lies. The day @RailaOdinga was going to be assassinated. Hope @JoeBiden will deal with dictatorial leadership cases ruthlessly in Africa. The next victim could be me or any other leader from your area opposed to the system's agenda. pic.twitter.com/MEuitCPDN6

The city boss further distanced himself from an incident in which crooks poured truckloads of raw sewage at Jacaranda grounds in Embakasi, a move meant to block NASA leaders from holding a rally in November 2017.

According to Sonko, it was Interior PS Karanja Kibicho who gave the order.

The governor has increasingly launched daring attacks on President Uhuru Kenyatta, calling him a dictator for ordering the take over of the management of Nairobi City County.

Sonko handed four key functions of the County to President Uhuru Kenyatta in February. These functions are now under the Nairobi Metropolitan Services managed by Major General Mohammed Badi.

On Sunday, Sonko claimed that Uhuru had failed in his job as the governor of Nairobi as estates have uncollected garbage. He also described Badi as Sadam Hussein.

Nairobi Super Governor who is also the President of the Republic of Kenya and commander in chief of Defence forces Uhuru Muigai Kenyatta and Saddam Hussein really overworking in Pipeline Embakasi South Constituency. Keep up with the good job. pic.twitter.com/Unlz7MFIdM

In an interview with Citizen tv last month, Badi said he has opted to give Sonko the silent treatment because he doesn’t understand the governor’s frustrations.

“I keep quiet so he will keep on guessing what you are doing… I don’t entertain insults… one day he calls me a brother, the next I should go to ICC,” Badi told Jeff Koinange.