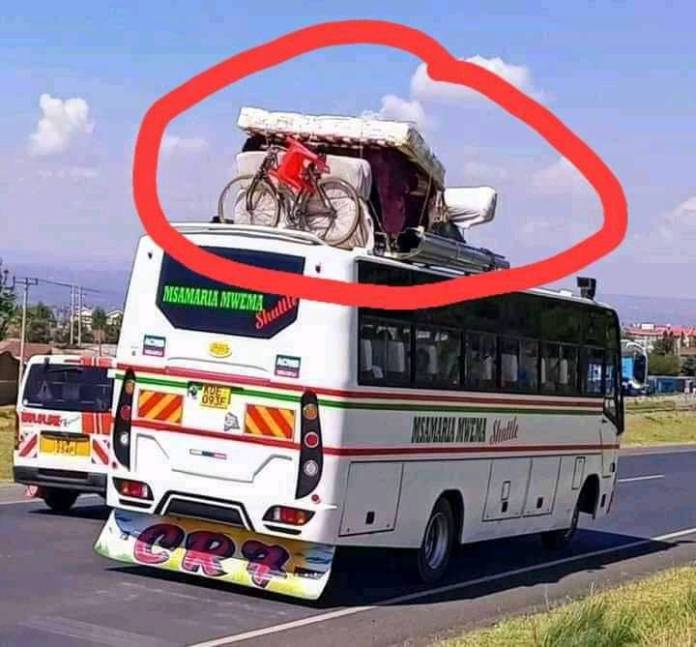 We have heard and seen it so many times before and this year wasn’t exceptional.

How majority of Kenyans travel, especially those going to western Kenya, has always impressed many.

A photo of a western-Kenya-bound bus stacked with almost all households recently became a trending topic online as many were reminded that it’s the holiday season and people from the region and leaving Nairobi and might never come back.

The photo, which has the popular Msamaria Mwema bus which operates in the routes heading to the Western region, was pictured with a flurry of home items on the top carrier.

The photo sparked mixed reactions as many argued that the goods belong to one person and it’s clear he has fully relocated from Nairobi.

According to some, the photo was a clear sign of how tough Nairobi has become since the pandemic and people have been leaving in masses. 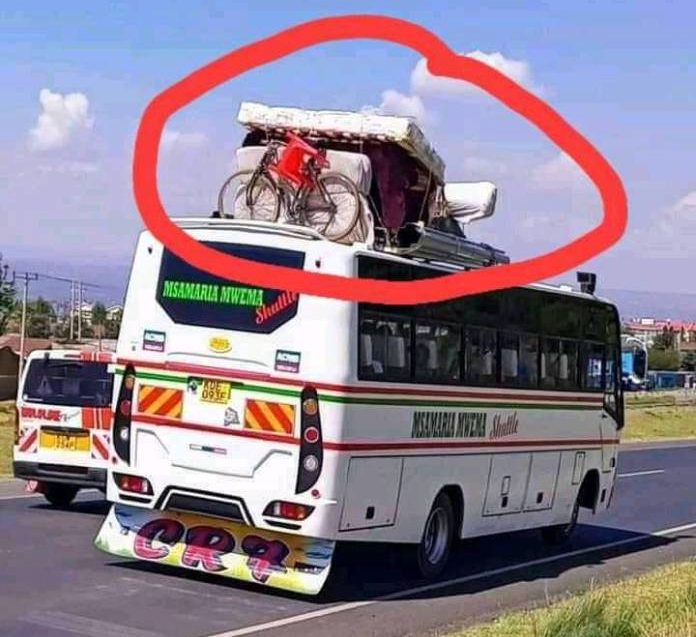 Like many other Christmas holidays, this one has also been marred by a lot of traveling difficulties as thousands leave their workplaces to visit their homes.

Subscribe to watch latests videos
In this article:Kenyans, Kenyans in nairobi, Western Kenya