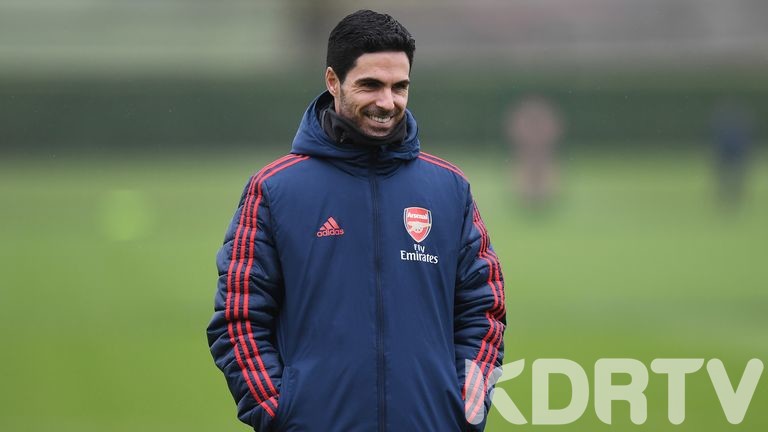 Arteta
KDRTV News Arsenal FC head coach Mikel Arteta has come out to announce that he is recuperating a few days after he was diagnosed with the deadly Coronavirus.Arteta was confirmed positive  last Thursday and has since been in self-isolation as per the requirement of the law.

Taking to his official Twitter handle,the manager said that he is now feeling better and assured his fans and the world that everything will be fine.He also thanked his supporters and friends for standing with him during this hard time.

“Thanks for your words and support.Feeling better already.We’re all facing a huge & unprecedented challenge.Everyone’s health is all that matters right now.Protect each other by following the guidelines & we’ll come through this together.Well done PL for making the right decisions,” Arteta tweeted .

The English premier league which is arguably the most followed football competition worldwide has been paralyzed by the Covid-19 outbreak and its matches postponed.Arsenal,Chelsea and Wolves remain are the teams which have been greatly affected by the contagious virus after coach Arteta and two other players from the mentioned teams tested positive.To prevent further spread,the England based league officials were forced to suspend the league.

The respiratory infection was first reported in Wuhan China in December 2019 and has so far claimed over 3,000 lives worldwide and has left nearly 100,000 people affected.

The disease has continued to spread to different parts of the world thus raising more fears and panic due to it’s danger on life of a human being.Efforts by scientists and doctors to find the main root of the epidemic has been less successful and no effective cure has been discovered up to date.

Maintaining high level of personal hygiene and avoiding direct contact with infected persons are some of the confirmed ways to avoid being infected and the spread of the Covid-19 virus.