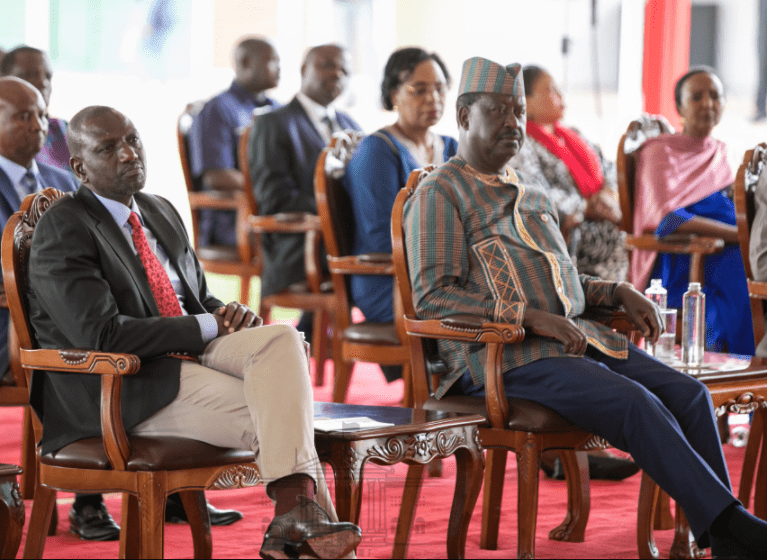 Deputy President William Ruto has revealed that he had to stop working with ODM leader Raila Odinga after their grand failure in 2007.

Speaking in Kibwezi, Makueni County today, Ruto claimed that the ODM leader has been on a losing spree and cannot beat him in the 2022 presidential elections.

Raila and Ruto are the two front runners in the marathon to succeed President Uhuru Kenyatta, who is retiring in 2022 after serving for two 5 year terms.

Ruto told the mammoth crowd gathered that Raila wouldn’t be able to match his votes, a reason why he disrupted things at Jubilee Party through his handshake deal with President Uhuru Kenyatta.

Ruto went on to say that the reason why Ukambani has been lagging behind is because they have been choosing Raila who always loses.

“It’s because you have been used to vitendawili instead of work,” he said.

He then went ahead and donated Ksh 5 million for small-scale business traders in the region in an effort to support his bottom-up agenda.

Over the weekend, Mombasa Governor Hassan Joho said that he would have fought Deputy President William Ruto tooth and nail if he was in Raila shoes because he doesn’t have tolerance.

According to Joho, Raila has shown maturity by ignoring Ruto’s constant attacks but that wouldn’t be the case if he was going against Ruto for the presidency.

“William Ruto is lucky his competitor is Baba,” he said.

“Raila is an honourable man, he speaks with respect but if he was facing me one-on-one, he would regret it. I would not spare him. If he hits out at me, I would hit back.”