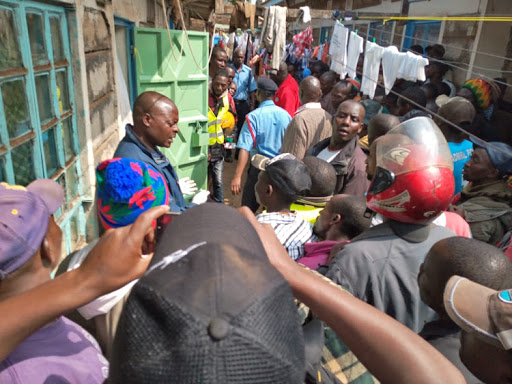 A man from Kabururu village, Igamba Ng’ombe constituency in Tharaka Nithi County murdered his daughter and wife over the weekend in unclear circumstances.

Jecinta Murugi was stabbed by her husband several times before he turned the knife on her six-year-old daughter and chopped off her head.

According to relatives who were first at the scene and called the police, the two lovers have been having marital problems and even separated for a few years.

Murugi’s father, who lives nearby, said he was informed of the killing and rushed to the scene minutes later.

“I was called and informed that my daughter has been murdered by the husband. I rushed to the scene and found out it was true. All l want is justice for my daughter,” said Murugi’s father.

Igamba ng’ombe Deputy County Commissioner (DCC) Fred Masinjila confirmed the incident saying that the man ran away and hid inside Chuka university farm which is around 700-acre.

The DCC said that the area Directorate of Criminal Investigations (DCI) and his team are searching for the suspect whom he warned is armed and dangerous.