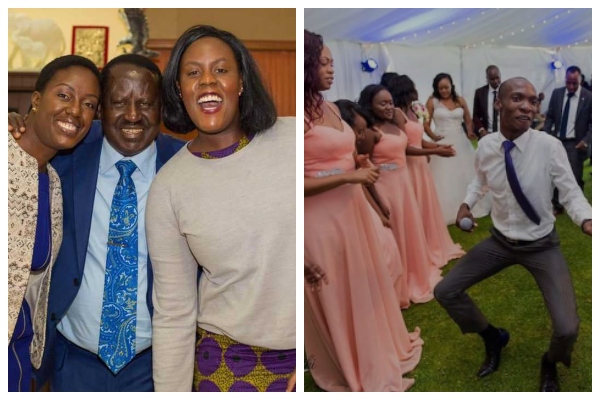 Winnie Odinga, who is the daughter of the Orange Democratic Movement (ODM) leader Raila Odinga, has jokingly addressed when she’ll finally get married.

Winnie, 31, said that that the year she will finally walk down the aile will be in 2022 when her father becomes president.

“Tell them that I said, Winnie Odinga will get married in 2022, on the lawns of State House, And you are all invited, so if you want that to happen, go register to vote,” she said after a speech when Odinga was meeting Mount Kenya Youths at The University of Nairobi.

She was speaking about her relationship with her dad where she revealed that he used to be on the road a lot.

“I could see my father after a long time because he gave much of his time fighting for the people of Kenya,” she said.

The last-born daughter of the former prime minister also revealed that she once questioned his dad on why he’s never around.

“It is then that I for the first time in life came face to face with a huge crowd that my father used to engage with regularly. On that day he told me that the crowd was his family and they deserved everything in this world to lead a good life,” she said.

“If you walk around thinking you deserve the world, then you must give them the universe,” Winnie revealed what his father told her.