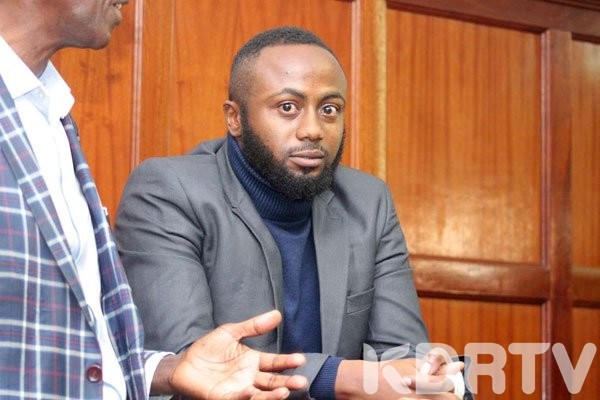 The government banned all social gatherings as one of the measures to curb the spread of COVID-19.

However, Jowie has allegedly been holding endless parties at a house in Nairobi’s Kilimani Estate.

According to blogger Robert Alai, the man who spend more than one and a half years at Kamiti Maximum Prisons, has also been hanging out with a bunch of criminals in the house.

Jesus Christ. Smh! Kumbe one can’t run away from themselves.

According to the blogger, the gang was caught on camera beating someone.

Alai has asked Jowie’s friends to help him.

Jowie was released from prison in March this year. He is the main suspect in the murder of businesswoman Monicah Kimani.

#K24DailyBrief UPDATE: Jowie Irungu has been released on Sh2M cash bail over the murder of businesswoman Monicah Kimani. pic.twitter.com/zDP5tLEHtI

If indeed it is true that he has been holding endless parties in Kilimani, then the man never learns from the past.

He spent more than a month in Kamiti despite being released on bail because his family could not afford the Ksh 2 million cash bail.

His friends only raised Ksh 80,000. At one point, it is rumored that his family had to sell land to get their son out of prison.

It is ironical that he can choose to hang out with friends who were not there for him when he needed them most.

But that is life.