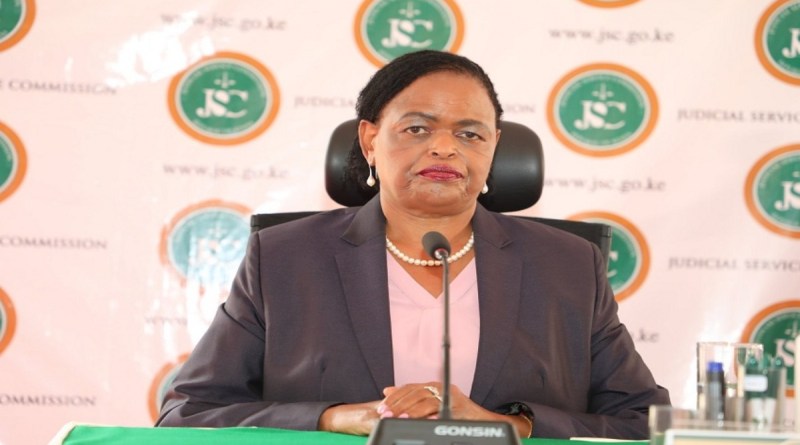 The Judicial Service Commission (JSC) has unanimously nominated Justice Martha Koome Karambu for the position of Chief Justice and forwarded her name to President Uhuru Kenyatta for the appointment.

READ ALSO: Why Nyambane Has Decided To Run For President Come 2022

If appointed, Justice Koome will become the first female president of the Supreme Court of the Republic of Kenya.

“Our duty was to select the best candidate and that’s what we have done,” Prof Olive Mugenda, who chaired the selection interviews, said.

Mugenda, however, didn’t release the scores of the others.

JSC Statement on Continuation of Selection Process for Chief Justice and Judge of the Supreme Court pic.twitter.com/jaqHfkpmMa