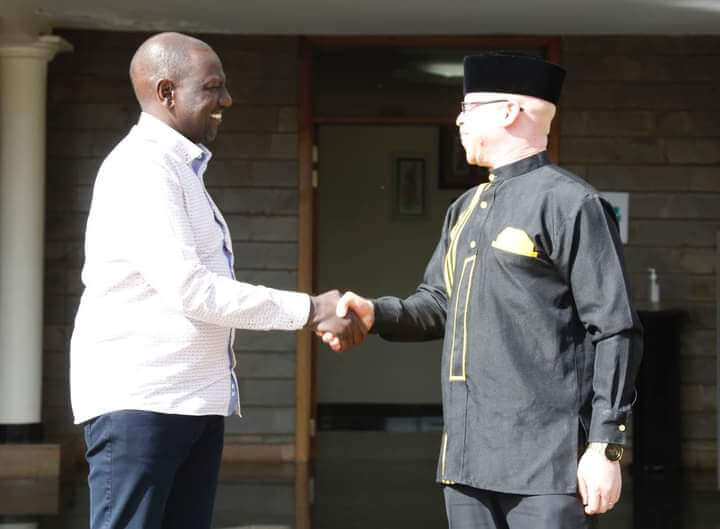 Mwaura, dramatically announced that he was joining the DP’s camp during a meeting in Msambweni last week. He followed that up with a visit to the DP’s Karen residence on Monday.

The Jubilee Party disciplinary committee has now summoned the lawmaker to answer to six charges of indiscipline. Among the charges, he has been accused of attacking President Uhuru Kenyatta.

Last week, the lawmaker controversially claimed that Kenyans are tired of the Kenyatta family dynasty and needed a change of guard. Kenyans questioned Mwaura’s attacks on the President, reminding the lawmaker about how Uhuru hosted him at State House during his wedding in June 2015.

“The Kenyatta family, they ruled Kenya for 15 years and 10 years (of Uhuru’s regime) are also coming to an end soon. We say that is enough, now let’s move forward and see what we can do as youths of this nation,” he said at the homecoming ceremony of Msambweni MP Feisal Bader.

Jubilee has also accused Mwaura of acting in a disloyal manner and advancing positions that are contrary to the position of Jubilee. He is also accused of demonstrating lack of respect to the Jubilee Party organs and failure to adhere to the conduct of the party.

The lawmaker has claimed that he has only learned of the letter on social media.

“Kenyans are asking me about this letter from Jubilee Party. I haven’t received it in person. You can’t accuse Senator Kang’ata of leaking a letter to the media, then you also do the same,” he said.

Kenyans are asking me about this letter from Jubilee Party. I haven’t received it in person. You can’t accuse Senator Kang’ata of leaking a letter to the media, then you also do the same. Who is the complainant? #MuthunguNaHustler #KabaMwauraMuthunguMashinani pic.twitter.com/UnXks8RLiw

Mwaura is to appear before the party’s disciplinary committee on Monday, January 18 for the hearing of these charges.