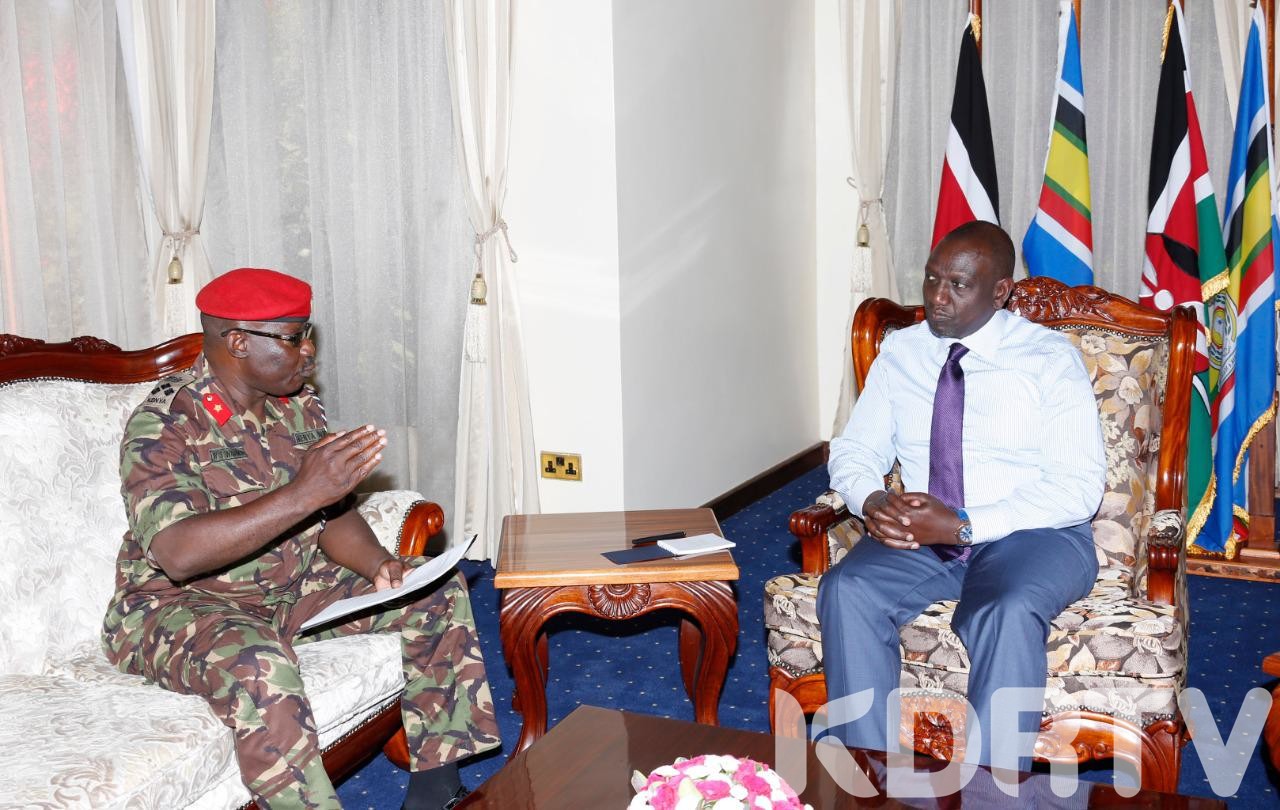 (KDRTV) – Deputy President William Ruto has been briefed on the final preparations for the state funeral of retired President Daniel Arap Moi.

Ruto was briefed by Brigadier Willy Wesonga of the Kenya Defence Forces at his office.

A photo shared by K24 showed the two in deep conversation. Ruto seemed to listen as Wesonga filled him in on what was happening. Wesonga is the chief Provost at the Defence Headquarters in Nairobi.

Reports on several media houses have claimed that Ruto has been sidelined in the preparations for the final rites of his political mentor. The reports claimed that Interior CS Fred Matiang’i was in charge of all the preparations in the absence of President Uhuru Kenyatta who was not in the country when Moi was pronounced dead on Tuesday last week.

Ruto, does not see eye to eye with Gideon Moi, Mzee’s lastborn son. It is believed the rivalry has played a role in his exclusion from the burial preparations.

On Sunday, President Uhuru Kenyatta drove himself to the Nyayo Stadium to inspect the preparations for Tuesdays’ event. It is believed the President is not happy with how some politicians have tried to mint political mileage from Moi’s death, a man he considers a close family member.