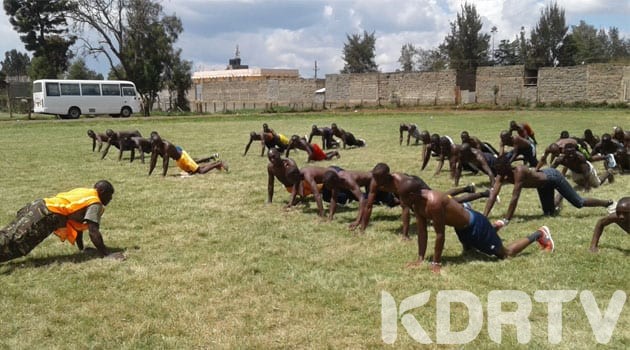 The long-awaited Kenya Defense Forces (KDF) recruitment commenced yesterday across the country after it was officially launched at Kenya Army Headquarters in Nairobi.

The nationwide exercise that ends on December 16 is seeking to recruit some 3000 soldiers, with 12 per cent being women recruits

This indicates a slight increase in the number of female recruits that are going to be hired this year.

During the previous recruitment, on 10 per cent of women were recruited.

KDF stated that the countrywide exercise would be carried out between 8:00 am and 5:00 pm.

Vice Chief of Defense Forces Lt-Gen Robert Kibochi, who officially launched the exercise in Nairobi, confirmed that the KDF would increase the number of female recruits.

According to the KDF official, plans have been implemented to make sure that all interested in the recruitment get the chance despite the harsh weather conditions experienced in some parts of the country.

The countrywide exercise is head by Brigadier John Warioba.

“The chief recruitment officers will make an assessment on how best to modify the plans to ensure as many people as possible attend. It is not cast on a stone,” he said.

KDF has also engaged the Ethics and Anti-Corruption Commission (EACC), The National Intelligence Service (NIS) and Transparency International to make sure that the exercise is free and fair.

The KDF also urged the members of the public to report any corruption noticed and gave a hotline number 0726419709.