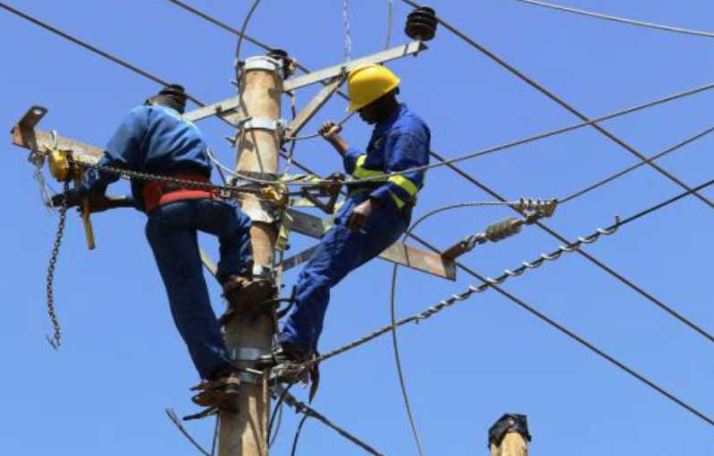 Photo courtesy Standard
On Thursday morning, The Kenya Power has announced an interruption of service on their Twitter and other social media that there will be delay in purchasing tokens due to a technical hitch. 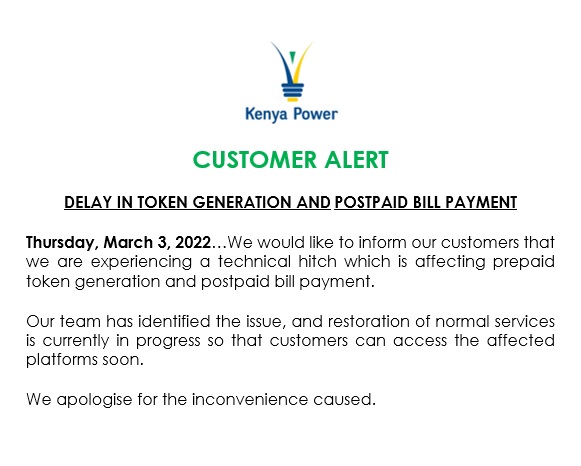 ‘Our team has identified the issue, and restoration of normal services is currently in progress, so that customers can access the affected platforms soon,” Kenya power said on Thursday.

Those who were trying to use the service could not access it. They took their plight to address their issue to the Kenya Power and were promised that the services will be back as soon as possible. Some could lament how they stayed hours without electricity and there was no other way they could purchase the tokens.

Kenya Power has always been quick to resolve the issue on power outage. Few weeks ago, the Kenya power also encountered a bad ordeal after one of their tower collapsed. In a Twitter statement, they wrote; “We have lost power supply due to collapsed towers on Kiambere-Embakasi high voltage transmission power line,”

They took the shortest time possible to resolve the issue since it had affected most parts of Nairobi. Some firms were forced to use generators since their business could not go on without electricity.

Consequently, Kenyans are hoping that todays delay will not take much time.

Subscribe to watch latests videos
In this article:KPLC, KPLC Kenya