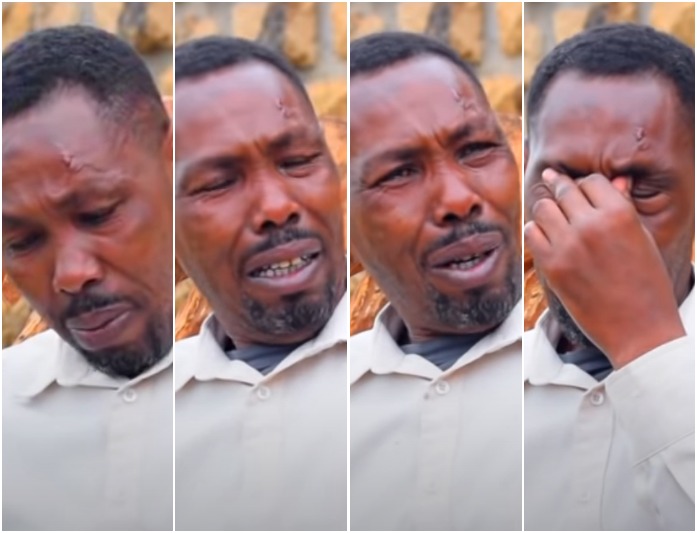 Omosho, while speaking on TV47, confessed that he’s back to his struggling days despite getting helping and endorsement from different companies.

Apparently, the actor confessed that he got less than a million shillings and most of the pledged monies never actualized.

“People pledged money that I have never received. I got less than a million which I used to settle my debts,” he lamented.

“I just want a camera, tripod, two lights and a mic and I will be okay,” he said.

He confessed that he was been working on his alcoholism by going to church fellowship.

“I attend fellowship on Wednesday and Thursday and this gives me the willpower to avoid drinking alcohol,” Omosh explained.

At the height of his campaign, Omosh, who has two wives, was allegedly given a land to build, multiple endorsement deals and a week-long trip to the coast as Kenyans somberly contributed cash for him.

He was also taken to rehab for help since he was battling alcoholism.