President Uhuru Kenyatta launched the construction of the World Health Organization (WHO) African regional operations and logistics hub last Saturday. However, the President welcomed the WHO’s decision to establish the emergency hub in Kenya.
Kenya is now one of the three African countries selected by the WHO to host a logistics hub. The hub will be having emergency medical personnel, commodities, and equipment to support countries with emergencies in Eastern Africa. 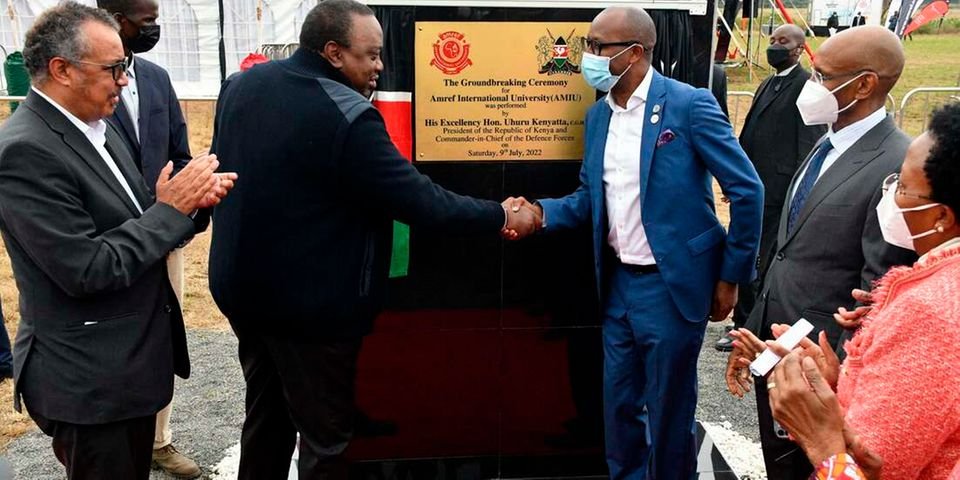 However, differences between President Uhuru Kenyatta and Kenyatta University’s suspended Vice-Chancellor Paul Wainaina are now heading to court. Additionally, Enock Aura, an activist has filed a case in court in an attempt to block the construction of the World Health Organization’s (WHO) Africa Centre for Disease Control and Prevention facilities on part of the University’s land.

Consequently, Aura said that the institution had not declared its 410-acre piece of land idle or available for allocation.

“The purported land user of the World Health Organisation Medical Emergency Hub will be incompatible with the granted user of the suit land designated for Kenyatta University,” said Aura through his lawyer Harrison Kinyanjui.

On the other hand, Aura further referenced the Government’s plan to utilize 190 acres of land to settle squatters at Kamae. However, the locals, who since 1984 have been in a court battle with Kenyatta University over the land were ordered to vacate after the court determined their title deeds were not valid.

Also read Revealed! Uhuru’s Men Come Up With Tactic to Finish DP Ruto’s Wave in Mt Kenya Completely
“An expressly unconstitutional and illegal purported alienation of about 410 acres of the suit land belonging to Kenyatta University under Article 62(1) of the constitution is imminently about to occur unless this court intervenes,” said Aura.