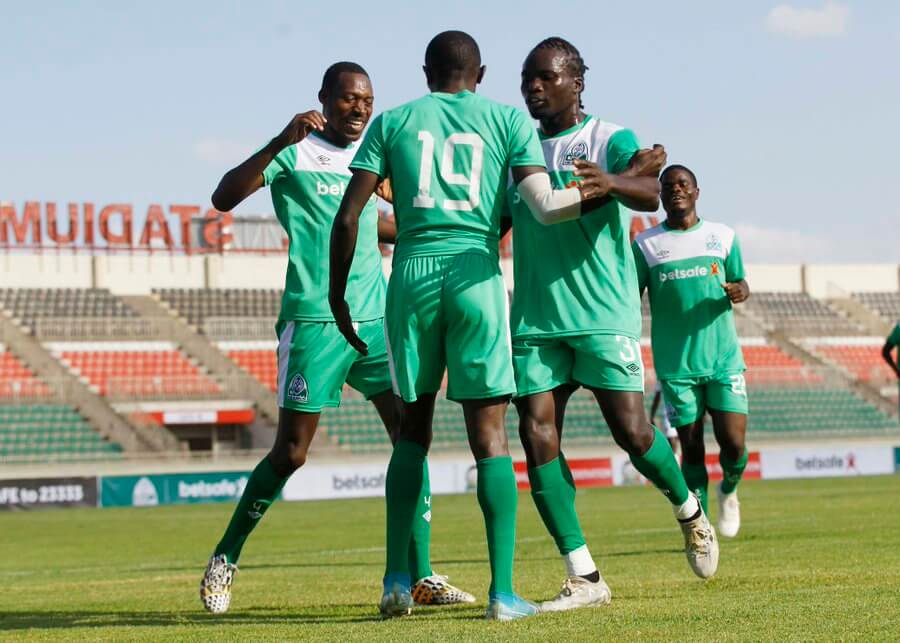 (KDRTV) – Gor Mahia scored two injury-time goals to storm to the next round of the CAF Champions League with a 3-1 victory over Rwandese side APR.

Sydney Ochieng and forgotten man Nicholas Kipkirui came off the bench to score the all-important goals at a time Gor looked liked they were going out of Africa’s premier club competition after conceding an equalizer in the 81st minute.

Gor Mahia went into the match looking for a simple 1-0 win after losing the reverse fixture 2-1 in Kigali last weekend. However, things didn’t start well for the Kenyan boys after conceding a goal early in the first half.

Gor Mahia through to the next round of Champions League with a 4 -3 aggregate.

Gor took the lead in the 18th minute with Samuel Onyango latching on to a well-taken free-kick from captain Kenneth Muguna.

Teen striker Benson Omalla had two chances to double the lead, his first shot going off target, while his second was punched for a corner by the APR goalkeeper.

Gor were made to pay for switching off towards the end of the match with APR getting a well-deserved equalizer on the 81st minute. K’ogallo coach Sammy Pamzo Omollo brought in Sydney Ochieng and Kipkirui to salvage the match.

The subs worked as the two players scored two quickfire goals, with Kipkirui’s header being the pick out goal.