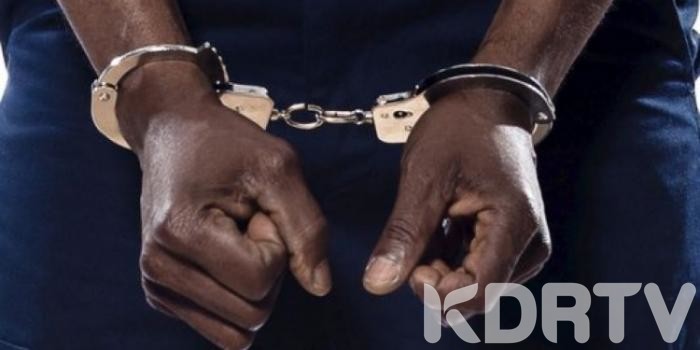 A couple has been arrested following an altercation with two people accompanying census officers in Kisumu.

The two are said to have caused commotion at their home in Obunga slums on Sunday when census officers tried to enumerate them.

The woman who was at home then started wailing and calling for husband who was away.

The man, identified as Richard Ochieng upon returning home chased away the enumerators and in the process bit the village elder’s fingers.

Read: US Based Athlete Arrested Over High School Teacher’s Death.

His spouse on the other hand hit the area assistant chief with a brick, causing injury to his thigh.

According to Acting Kanyakwar Chief Maurice Ojwang, the couple has proven difficult on various occasions including polio vaccinations. They have apparently declined to have their children vaccinated in the past.

They are being held at Kisumu Central Police Station.

This comes a day after a female census enumerator attached to Maseno, Kisumu County, was hospitalized after she was gang raped and robbed by unknown attackers.

The suspects waylaid the woman outside her gate after she had been dropped off by her supervisor.

They took off with the woman’s torch and power bank but left behind all other census material.

Police have since launched a manhunt for three men believed to be behind the attack.

Subscribe to watch latests videos
In this article:Census 2019,Kisumu County