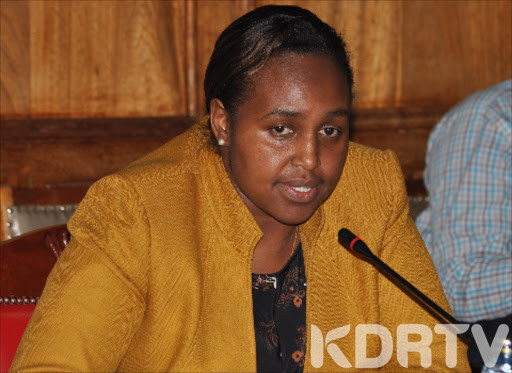 Mithika Linturi’s estranged wife, Marianne Kitany, informed the court that cheating and sexual frustrations pushed her to opt to end her marriage to the politician.

Appearing before the Milimani Law Court, Kitany noted that she “sneaked” into his phone and found evidence of a woman who sent the Meru Senator pornographic material.

She further revealed that the Senator denied her conjugal rights, prompting her to file for a divorce against the legislator.

Read: Former mayor of China sentenced to death for corruption in Kenya

Ms Kitany also divulged that one of the maids in their Meru home revealed to her that Linturi used to bring other ladies to the house.

“I filed for divorce because Linturi was cheating on me,” Ms Kitany told the court.

She then added: “He slept with other women in town. Linturi would come home late, and did not want to give me my conjugal rights.”

Read also: Hustlers must be counted too – DP Ruto counted in the ongoing Census

The former Chief of Staff at Deputy President William Ruto’s office further stated that the politician at one time threatened to kill her for allegedly stealing his property.

Additionally, Kitany presented to the court photos as approve that she was married to Linturi under the Nandi and Meru customary laws.

Kitany stated that she was married to Linturi on March 26, 2016.

The court played a slide show of images provided by Kitany, which she said were taken during the 2016 disputed marriage ceremony.

The case is still underway.