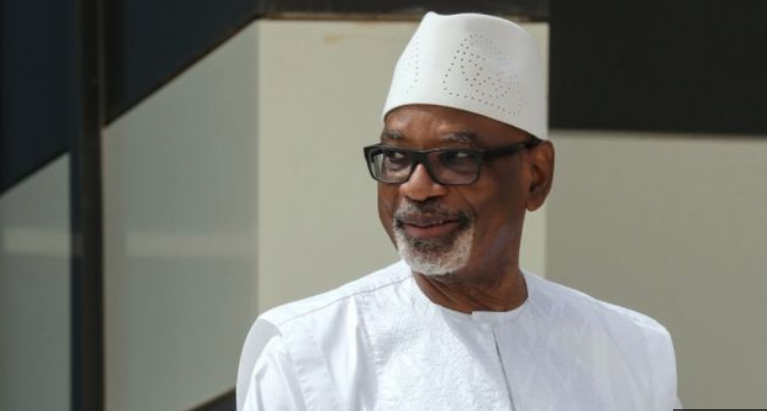 In a televised state address, Mr. Keita announced he was also dissolving the government and parliament

“I want no blood to be spilled to keep me in power,” he added.

The announcement surfaced hours after Mr. Keita and the Prime Minister Boubou Cisse were conveyed to a military camp near the capital Bamako, attracting denunciation from regional powers and France

“If today, certain elements of our armed forces want this to end through their intervention, do I really have a choice?” said the Presiednt.

“I hold no hatred towards anyone, my love of my country does not allow me to,” he added. “May God save us.”

According to our previous reports, the mutinying soldier took over the Kati camp.

There has also been massive dissatisfaction with Mr. Keita

Mr. Keita emerged the victor in the 2018 elections but has been faulted over mismanagement of the economy, corruption and the surge of communal violence in various parts of the country

There are been several protests in Mali in recent months and the opposition led by conservative Imam, Mahmoud Dicko compelled fro reforms after rejecting acknowledgments from Mr. Keita

KDRTV has established that the mutiny was led by Col Malick Diaw- deputy head of the Kati camp and another commander, Gen Sadio Camara.

After taking control of the Kati camp, the soldiers marched on the capital Bamako where they were hailed by crowds who were pushing for Mr. Keita to step down

On Tuesday afternoon, the mutineers attacked the residence and caught the president and his prime minister

Also arrested were speaker of the National Assembly, Foreign and Finance Ministers and the president’s son

However, at the initial stages of mutiny, the United Nations and Africa Union called for the freedom of the government officials.

France who was also a former colonizer of Mali was first to condemn the mutiny.

So far, the UN Security Council is to convene a meeting on Wednesday to discuss the latest occurrence in Mali