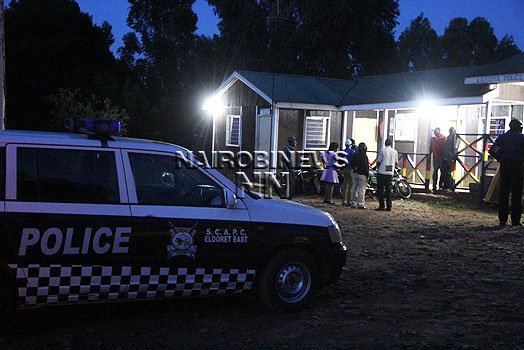 Police have arrested a man in Elgeyo Marakwet county suspected to have defiled his two daughters aged four and six years.

Luka Rutto was arrested on Thursday night after a PP1 teacher noticed something off with the two children and called the police.

“Rutto is believed to have committed the heinous act while living alone with the minors, after separating with their mother,” DCI director George Kinoti said on Friday.

“The minor experienced difficulties in walking and was often crying,” Kinoti added about the six-year-old who the teacher noticed was in pain.

The teacher then tried finding out why she couldn’t walk but she didn’t want to speak. When the four-year-old was called, she opened up of the molestation.

“Shockingly, she too exhibited difficulty in walking. The teacher immediately informed the school’s headteacher,” said Kinoti.

“They escorted the minors to Iten County Referral Hospital for medical examination, where the doctors established that the little angels had been defiled.”

The father was taken into police custody pending further investigations.