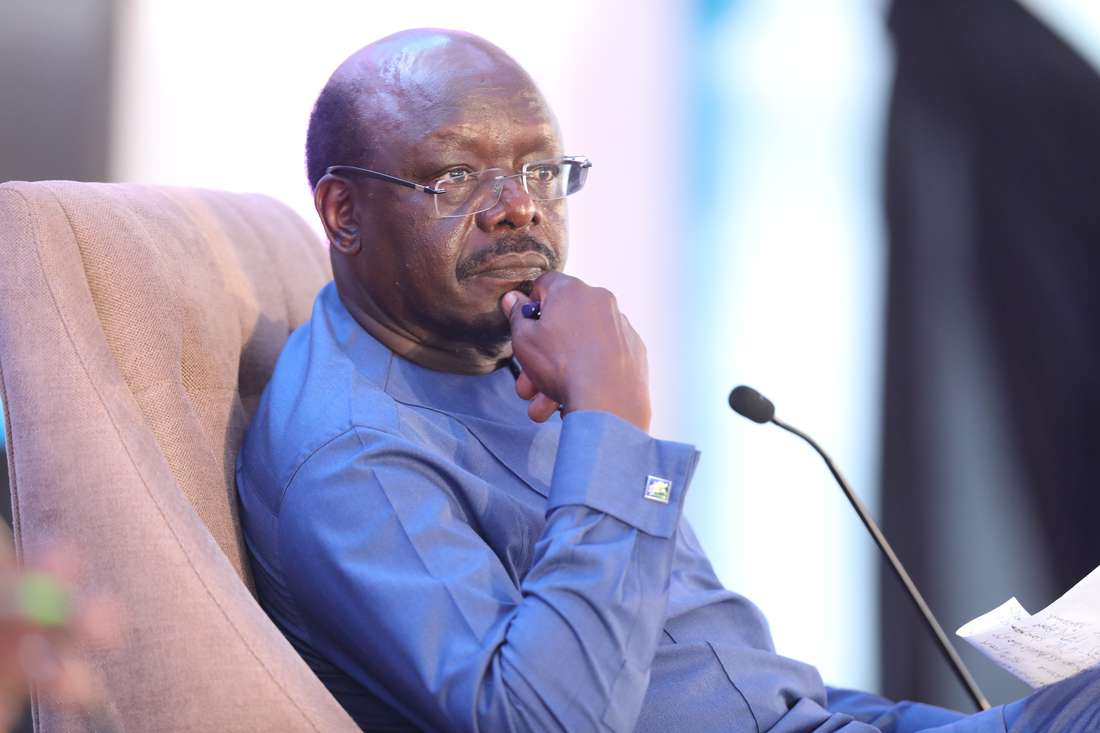 KDRTV Mombasa-The former UNCTAD Secretary-General Dr. Mukhisa Kituyi’s Presidential ambition has been thrown into limbo as a sex video of him with an alleged “clande” is shared on social media which has tainted his integrity.

The woman who recorded the video has not come out to clarify her intentions but in recent weeks Dr. Mukhisa Kituyi has been on the wrong side of the law and a warrant of arrest has been issued by a Judge for failure to appear in court over claims of battery by a woman in his company in a famous hotel in Mombasa.

The police are still investigating what really transpired at the hotel and are still waiting for Dr. Mukhisa to write a statement over the same and give his side of the story.

The DCI and the police claim that they don’t know the whereabouts of Dr. Mukhisa Kituyi as his phone has been switched off.

Read Also:KALONZO: ODM Announced Death Of NASA, I will Be Most Stupid To Support Raila

A close confidant of Dr. Mukhisa Kituyi, has claimed that the episode is a setup by his detractors who are out to tarnish his reputation and presidential ambition of which he is confident to beat his competitors in the 2022 General elections.

“This video seals the fate of Dr. Mukhisa’s ambition and he won’t heal from it because it has really tainted his image as a person and it will be a herculean task to overcome this test” said one famous politician from the western region who didn’t want to reveal his identity