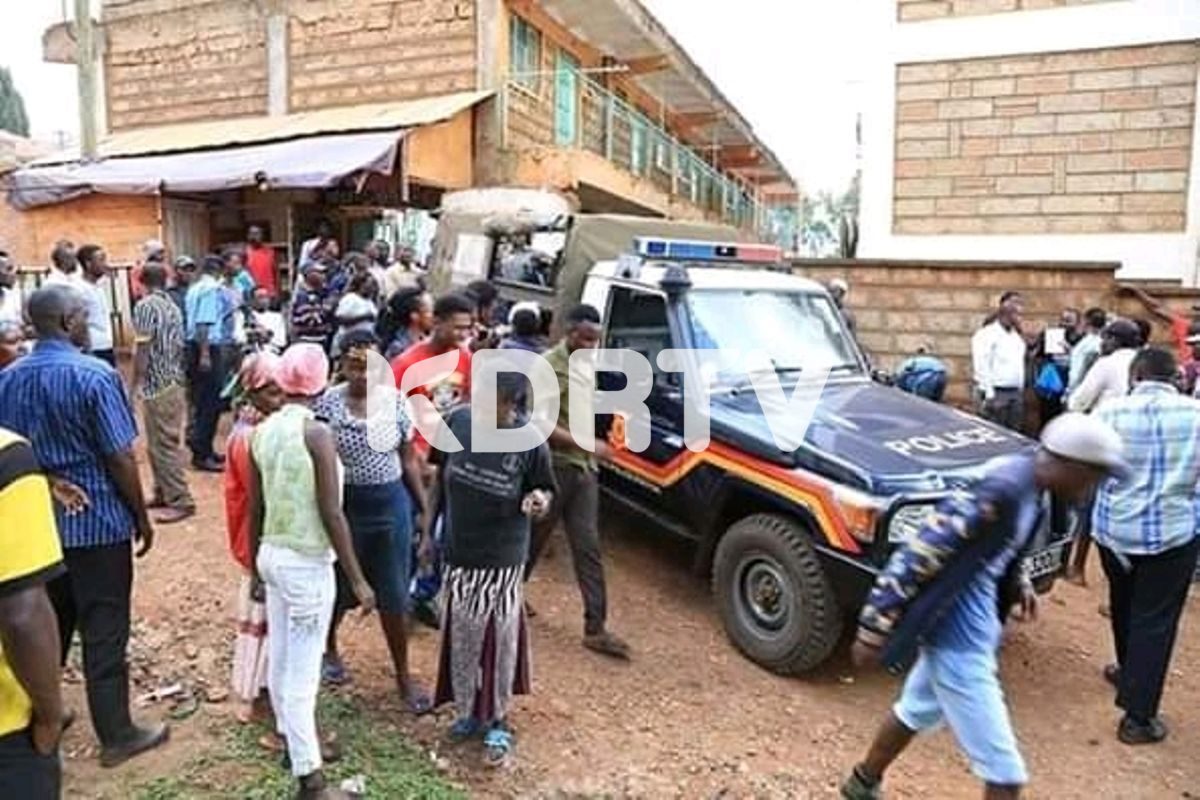 A Man in Kibwezi is said to have stabbed his wife to death before turning to the Kitchen knife and stabbing himself several times in the chest and stomach after an argument.

According to K24, Bedan Kinyumu had a domestic dispute with his wife Caroline Mwende,23, that led to their separation.

The frustrated man asked his wife to meet so that they can formulate the way forward since he needed help with raising the kids only to end up killing her.

“The deceased lured his wife to meet him for reconciliation and in the process, he attacked her while armed with a sharp object stabbing her several times on her body inflicting her with serious injuries,” the police report read.

The two have been fighting on who should take up custody of the kids, area assistant chief Joshua Kitavi Musyoka said.

Kinyumu had been left with the kids but complained that their mother wasn’t chipping in in any way.

“I received reports of a man aged 25 who has been having family wrangles with the wife over the upbringing of their children. The two met to discuss the future of their children but things quickly turned south,” said the assistant chief.

After stabbing the wife, the man then stabbed himself several times before ingesting poison.

Villagers had the commotion and flocked to the house only to find the two in pools of blood.

The man succumbed to his injuries while being rushed to hospital, while his wife was admitted at Kibwezi AMREF Sub County Hospital in critical condition, before being transferred to Makueni level 4 referral hospital where she died minutes later.

“The deceased after stabbing his wife, stabbed himself too and took poison, but died while being rushed to Kibwezi Sub County Hospital,” the chief added.