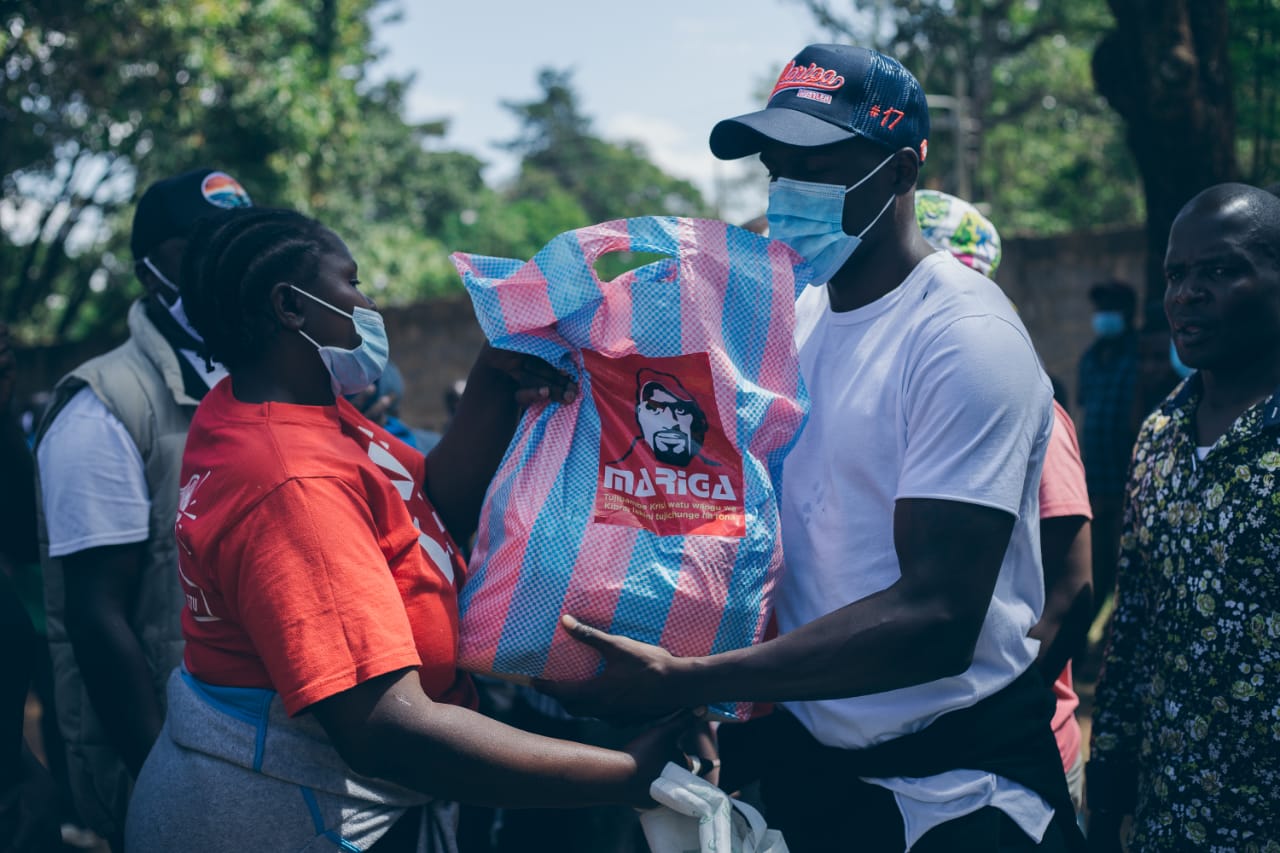 (KDRTV) – Former Harambee Stars footballer McDonald Mariga has distributed Christmas goodies to hundreds of Kibra residents, giving the clearest sign that he is still aiming to be the area MP.

Mariga and his team distributed gifts which were wrapped in carrier bags branded in the politician’s colours on Friday morning.

This is just one of the numerous trips Mariga has made to Kibra, despite losing the November 2019 by-elections to Imran Okoth.

At the time, his critics claimed that he was not conversant with the issues facing Kibra residents. Mariga, who spent almost all his career playing football in Europe, was not even a registered voter in Kibra.

He still gave Imran Okoth, a brother to the late Kibra MP Ken Okoth, a run for his money, garnering more than 10,000 votes.

Merry Christmas everyone,Wishing you and your family health, happiness, peace and prosperity this Christmas and in the coming New Year.

Mariga hopes to bridge the margin before the August 2022 elections. Giving destitute families a reason to smile on Christmas day is part of his strategy.

After losing the by-elections, DP William Ruto, who was behind Mariga’s candidature, boastfully claimed that he had captured half of Raila Odinga’s bedroom. For Ruto, the election was a win, not a loss.

Read Also: Mariga Struggles During an Interview With a Journalist

It seems the DP is interested in taking over the constituency in 2022. Ruto has recently recruited former Raila strategist Eliud Owalo into his camp. Owalo was also an aspirant in Kibra but came a distant third behind Imran and Mariga.

This afternoon, we have had a working session with a multi-faceted team of leaders that has led to the harmonization and consolidation of the Owalo and Mariga Kibra teams.
1/3#HustlerNation#RespectMyHustle pic.twitter.com/AO4rL6B0DP

In September, the Owalo and Mariga teams in Kibra were merged to form a strong ‘Kibra’ Hustler United team. The two are now working on a strategy to dislodge ODM from the heart-beat of Kenyan politics.

Will it be easy?