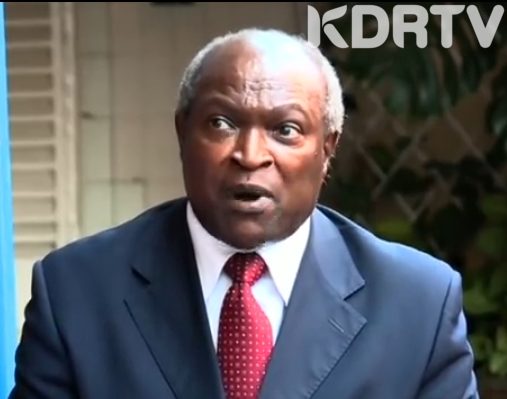 Jacob Ochola Mwai was born in 22nd of July 1960 in Kaloleni, Nairobi. Ochola has recently emerged and claimed he is the first son to the third president of Kenya, Emilio Mwai Kibaki.

Ochola has always made efforts together with his family a number of times to look for his biological father. Speaking to one of the local media station, Ochola had made several attempts to contact head of catholic church cardinal John Njue because he knew his father was a Catholic and that would be easier.

Ochola also said that both Kibaki and his father were members of Karen Country Club. The two frequently visited the club and soon they finally met in Amboselli Grill where his mother broke the news.

“We do not want to subject you to a lot of injustice, you better hear this news from us, rather than the public” his parents told him.

Additionally, he also contacted Dr Khaminwa and Justice Okubasu to intervene. This bore him no fruit. He also got to speak to Joseph Kinywa in president’s office who never responded to him.

However, he decided to visit his aunt in Othaya, Esther Waitherero, Kibaki’s elder sister.

He went ahead and clarified he was not Kibaki’s brother but son.

On the other hand, the guards at Muthaiga and Nyali knew him well. He had frequently visited there with his driver and his son.

In an attempt to visit his ailing biological “father,”  Ochola was blocked from seeing Kibaki by the CEO of Nairobi hospital. He did not insist on seeing in him.  He just walked away.

However, Ochola not only interacted with Kibaki in private but also in public.