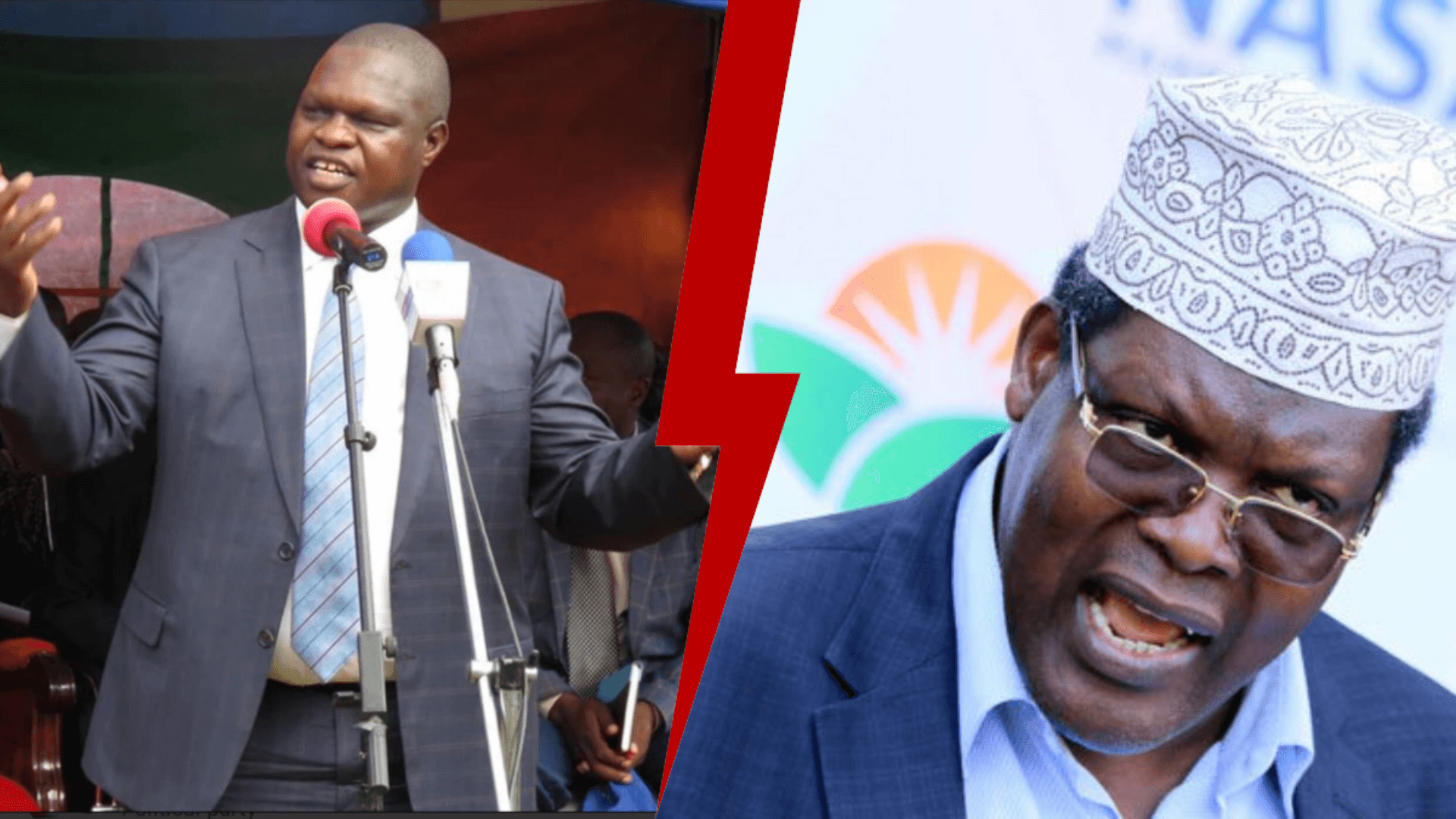 (KDRTV News Toronto Canada) -The Controversial Kenyan Lawyer who lives in exile in Canada,  Dr. Miguna Miguna, who swore in former Premier Raila Odinga at Uhuru park as the People’s President in the contested 2017 Presidential General Elections in Kenya, has claimed that the Deputy Governor of Kisii County Mr. Joash Maangi is a wanted person in the USA after he fled the country in 2007.

In a tweet, Dr. Miguna claimed that Mr. Joash Maangi is a wanted man in the Minnesota Justice system.

“A warrant for Maangi’s arrest issued by a Minnesota Court in 2007, is yet to be enforced by the Kenyan authorities” Dr. Miguna is quoted in his tweet.

Dr. Miguna now claims that the Deputy Governor might not be arrested and extradited to the US because Maangi has now abandoned his ally the  Kenyan Deputy President Dr. William Ruto who has been campaigning against the BBI and vowed to work with Dr. Fred Matiangi the Interior Cabinet Secretary to drum up support for the Building Bridges Initiative which he heads in the Nyanza region and in return get protection from the state.

But in a rejoinder, the Deputy Governor Kisii County Mr. Joash Maangi, shot back at Miguna denying and refuting the allegations and terming them as hatred, frivolous, and malicious which lack merit in a tweet which Miguna is yet to respond to.

In the past, Mr. Joash Maangi claimed that the Government security apparatus headed by Dr. Fred Matiangi has frustrated him because he supports Deputy President William Ruto’s 2022 presidential ambitions.

A few months ago he claimed that his security was withdrawn and suspicious people were trailing him and feared for his life.

The tweet has elicited several reactions from Kenyans across the globe. 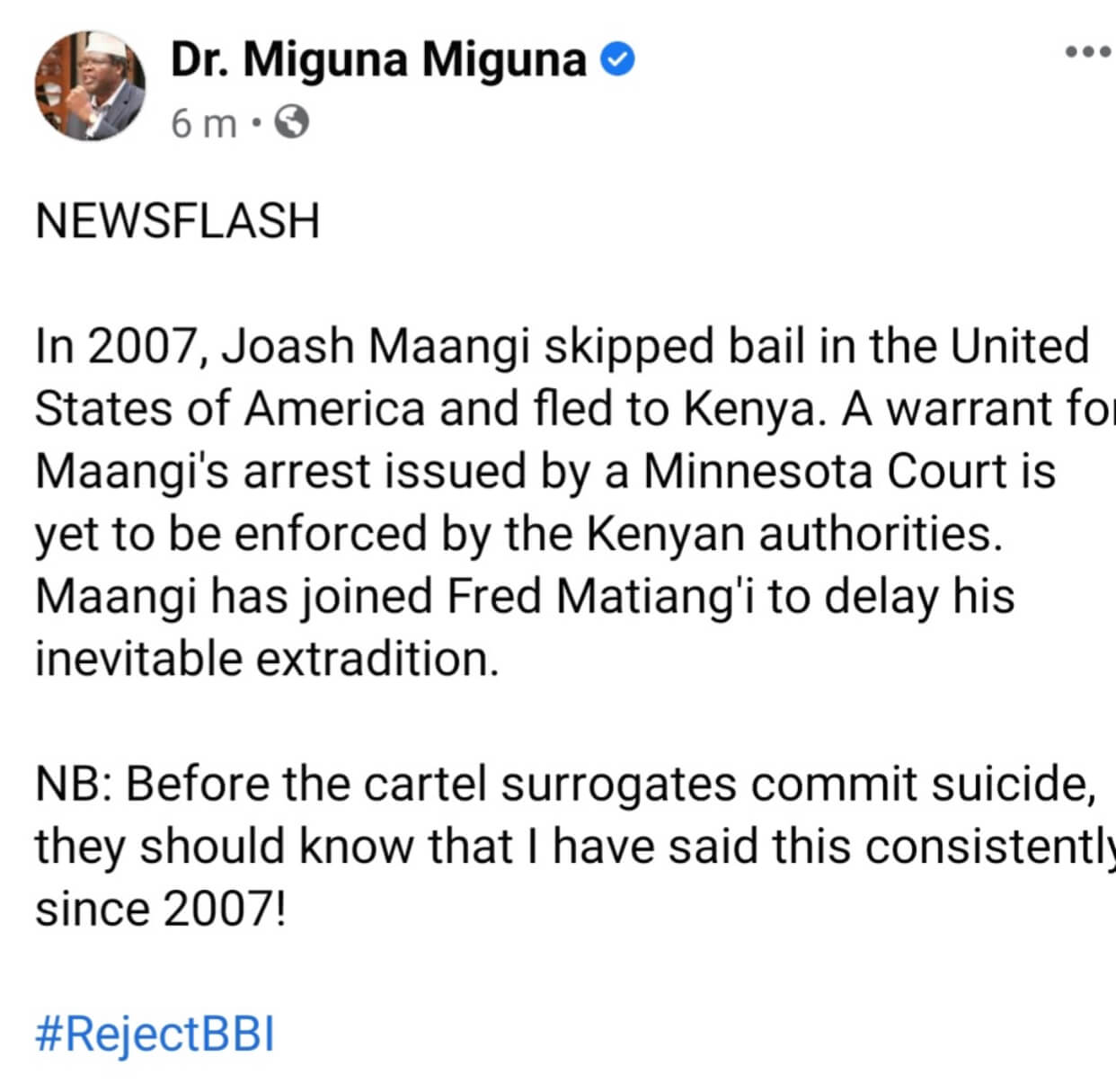 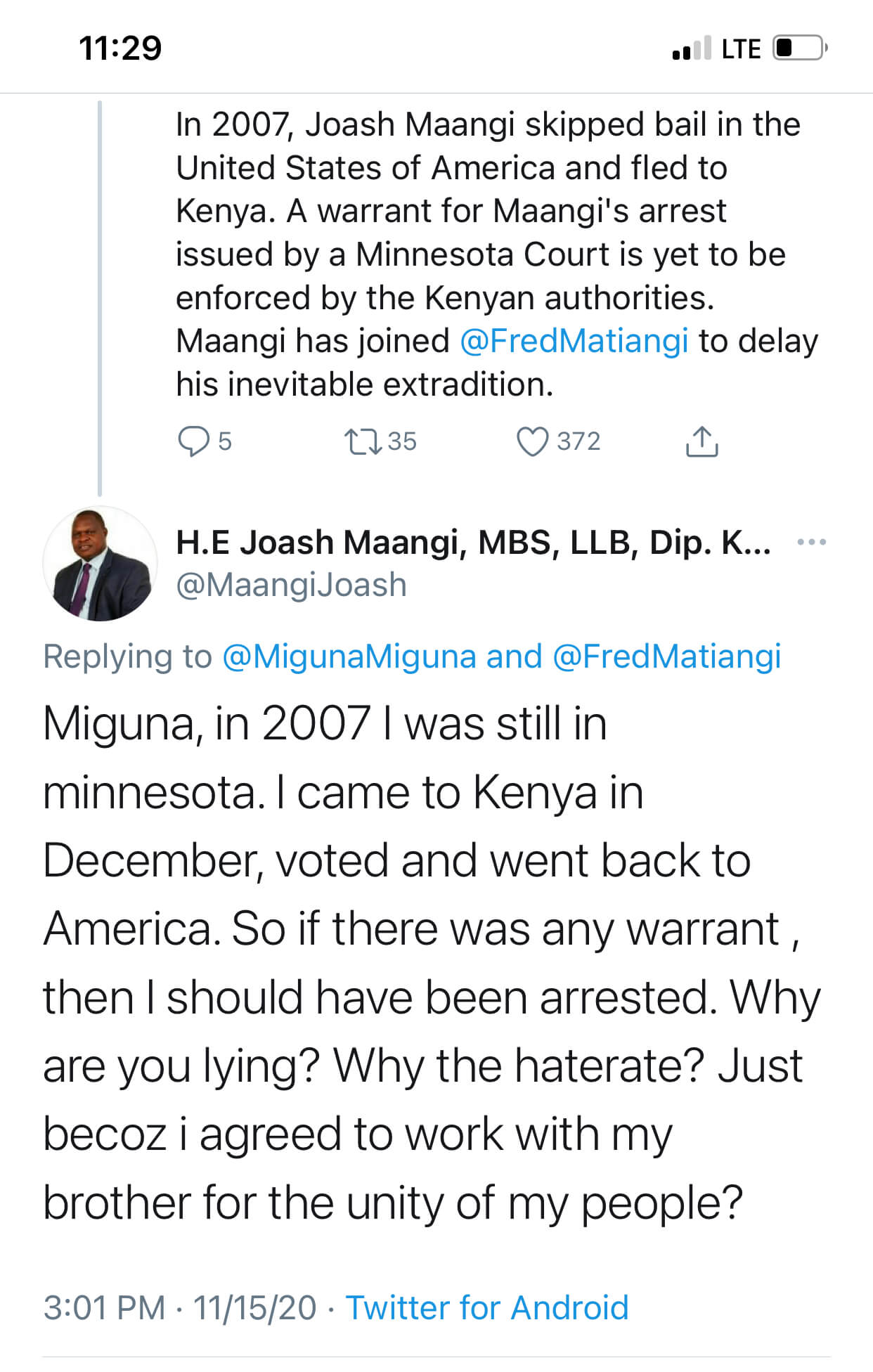