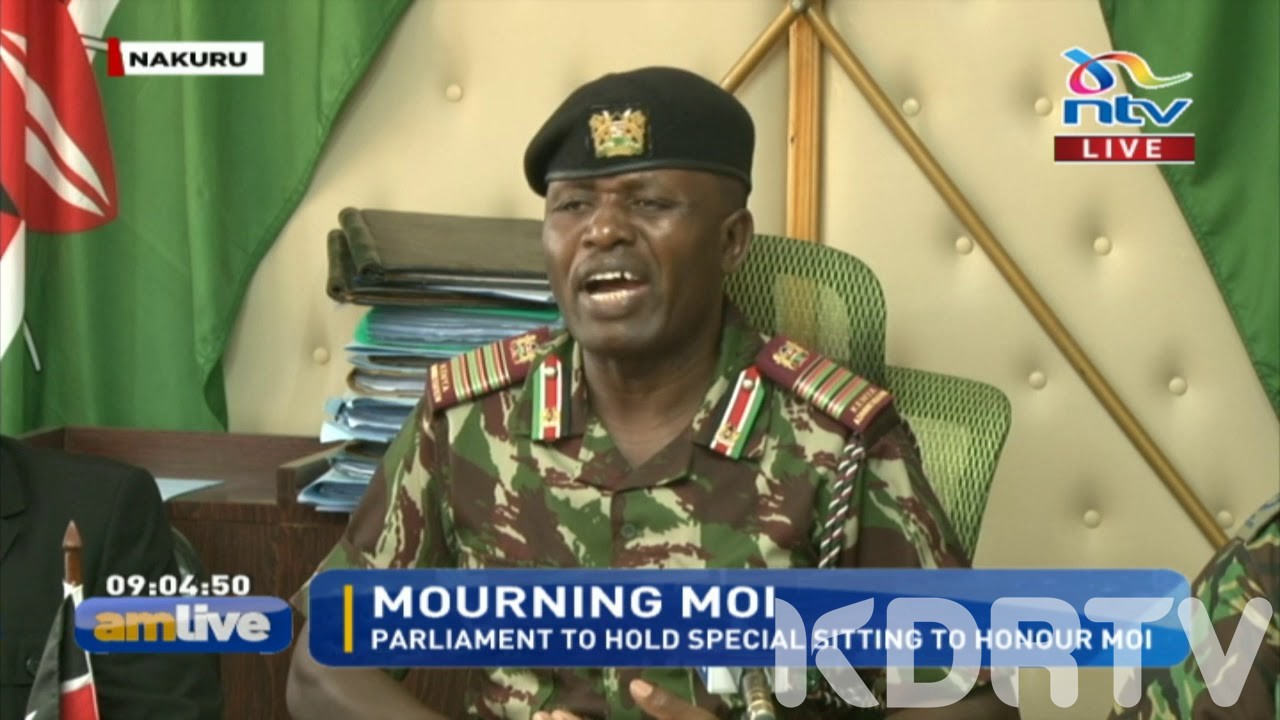 (KDRTV) – The government has announced that it will provide free transport for all mourners wishing to travel from Nakuru to Kabarak to attend Mzee Moi’s burial on Wednesday.

Rift Valley Regional Commissioner George Natembeya announced that there will be enough buses to ferry residents from Nakuru town and its environs to Kabarak to attend Mzee’s final rites.

‘We are going to have sufficient buses that will be ferrying people from Nakuru town to Kabarak. we urge Kenyans to turn out in large numbers for the burial,” Natembeya told the press on Monday.

He said that though there is enough space to host more than 60,000 people, the first 30,000 to arrive will find seats. They will also be provided with water, bread and soda.

The same services will be provided at Moi’s first home in Sacho, Baringo County.

Natembeya has warned motorists using the Nairobi-Eldoret highway that transport will be disrupted from tomorrow to allow mourners to attend the funeral.

He said huge trucks will not be allowed to use the busy road from tomorrow morning to Wednesday at 7 PM.


The government had planned on mounting a huge screen at the Afraha Stadium in Nakuru to allow residents follow the proceedings but changed plans.

Mzee Moi has been residing in Nakuru since buying his Kabarak land in the early 80s.

During his tenure as President, he loved spending the weekends at the Nakuru Statehouse and at his Kabarak home. This hugely contributed to the economic development of the town.