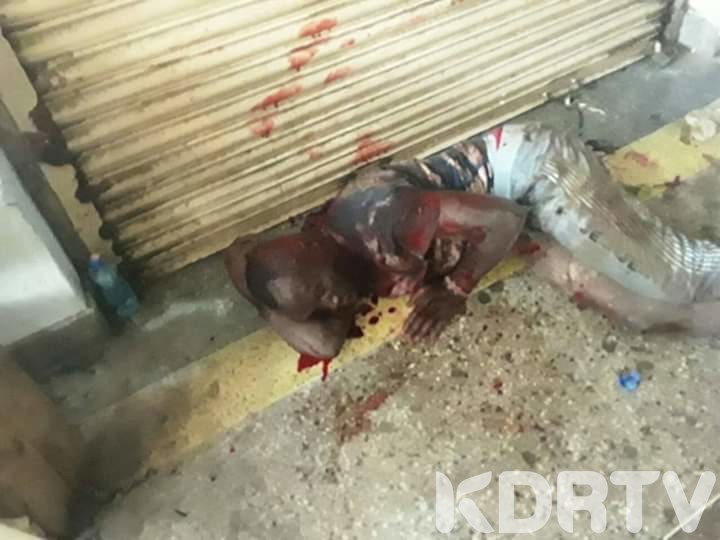 (KDRTV) – Police in Mombasa are investigating an incident in which a cop was attacked by a mob in Old Town.

The officer allegedly tried to arrest a few people for not wearing a mask but the mob turned on him and beat him like a rabid dog.

Photos shared on social media show the muddied officer lying in a pool of blood outside a building. Locals claim the officer who was in plainclothes did not identify himself leading to the incident.

The victim has been identified as 31-year-old Gerald Sumba, an officer attached to the Tononoka Police Station. He is currently admitted at the Coast General Hospital.

Police and the public have severally clashed over masks since wearing the cloth was made mandatory. There have been cases of officers soliciting for bribes from Kenyans who don’t wear masks. In fact, most people wear masks not because of COVID-19 but due to fear of police officers.

Kenya has recorded more than 20 incidents of ugly confrontations between the public and police officers during the COVID-19 pandemic.

The government wants everyone to wear a mask in public but is not providing the same masks.