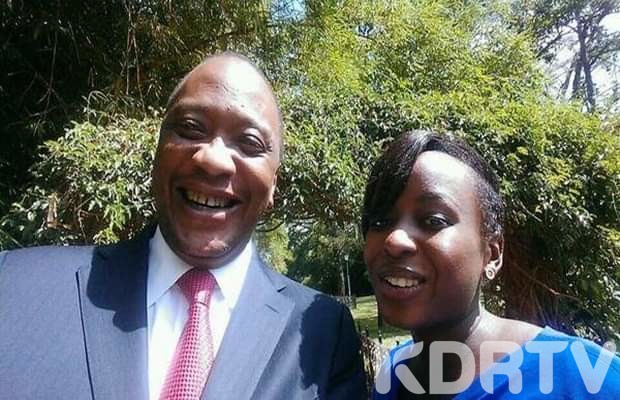 (KDRTV) – Former Citizen TV Journalist Jacque Maribe is one of the biggest names in the Kenyan media industry. However, her prominence has little to do with her career but a criminal case she is facing in court.

Maribe and her ex-fiance Jowie Irungu are suspected to have murdered businesswoman Monica Kimani in 2018.

Monicah was brutally slaughtered at her house in Lamuria Gardens, Kilimani area. Jowie is believed to have been the last person in the house. He was using Marie’s vehicle.

As the case continues in court, Jacque has announced plans to join politics in the coming years.

“I have not ruled it out but what I’m saying is, I have not declared it. I’m receiving a lot of messages with people asking if I will run,” the TV girl told Mista Dru during an Instagram Live session.

The journalist has always harboured political aspirations. In October 2018, at the height of the Monica Kimani murder investigations, Maribe hosted a birthday party at a high end Kilimani hotel where women from Murang’a were invited. Politics dominated the agenda.

Jacque was a senior Political reporter for Citizen TV in the runner up to the 2017 elections. She reported on all the Jubilee Campaigns and even followed President Uhuru Kenyatta to South Africa after the elections.

She has friends in high places including the President himself, DP William Ruto, Moses Kuria and Johnson Sakaja. These could have influenced her decision to join politics.

With these friends and her fame (albeit as a murder suspect), current Murang’a Woman Rep Sabina Chege should be very afraid.