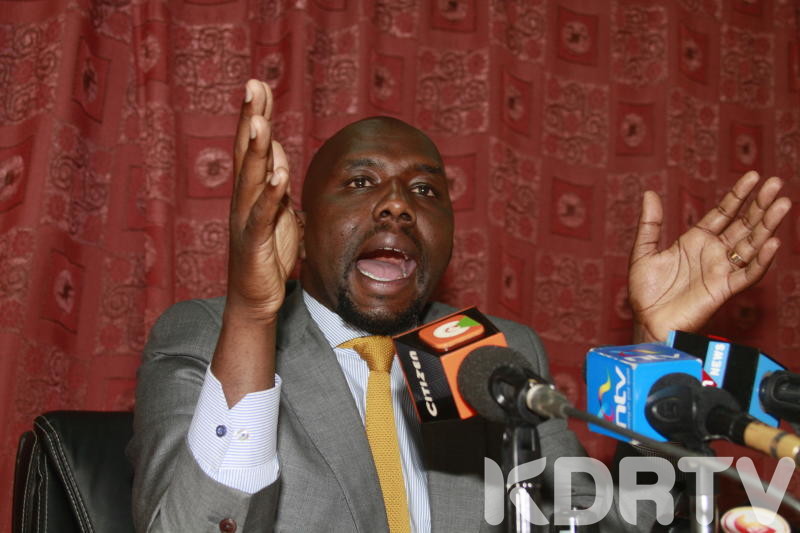 (KDRTV) – When you go to Rome, do what Romans do. That’s how best we can describe what Senate Majority leader Kipchumba Murkomen just pulled in Mombasa.

The Senate Majority leader, just had to mention the word Baba and the crowd went gaga with cheers.

He knew he was in Baba’s ‘bedroom’ and there is no way he was gonna win if he dissed Raila Odinga.

As the crowd cheered, Murkomen had time to pass his message across.

He touched on the thorny issue of land ownership at the coast, saying the BBI report must provide a solution to this  historical problem.

“We want to redirect the river back to its course so that our focus is no longer about who is outside and who is not but about the issues that are affecting the citizens of this republic,” Murkomen said.

He also took issue with the large crowd at the rally, saying that most people were present because they had no jobs.

” I want a Kenya where to hold rallies during the day will be almost impossible because all the young people will be busy at work,” he said.

Onesmus Kipchumba Murkomen knows how to massage the big ego of Baba supporters and drive his points home. By constantly referring to @RailaOdinga as BABA WETU the crowd is happy and eager to listen to him. Politicians are very interesting creatures 😂😂😂😂#BBIInMombasa

Mombasa Governor Ali Hassan Joho tried to corner Murkomen by asking him to declare his stand on the referendum.

The Senator gave the crows what the wanted to hear. That he fully supports the referendum

ONESMUS KIPCHUMBA MURKOMEN is a true definition of a political genius preferably from the Political School of Dr. William Ruto.
The Senator has Driven his message home while SARCASTICALLY MASSAGING the EGO of ODINGAISM CULT followers WITH 'BABA YETU"😂#BBIInMombasa#BBIReport pic.twitter.com/I3EACiLZLX

Murkomen has learnt a lesson or two from the way he was booed during the launch of the BBBI report at the Bomas of Kenya on November 27, 2019.

That’s the character of a leader. You learn from your mistakes.