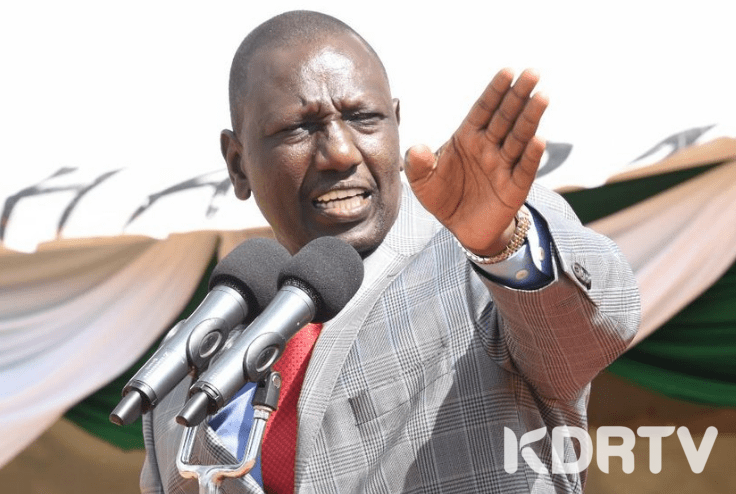 Ruto wants Matiang’i through the Immigration Department to reveal the mission of the two foreigners at the centre of the scandal in Kenya. He has argued that by accessing his Harambee Annex Office, the two were a security threat to his life.

“This is a matter of grave concern to the security of the deputy president and other users of Harambee House Annex,” Ruto told Inspector General of Police Hillary Mutyambai. The letter was written by Ruto’s Chief of Staff Ken Osinde who said he was under instructions from his boss.

In another letter, the DP urges Mutyambai to block the foreigners from leaving the country until their mission is established.

“It is also critical that the investigations be extended to the immigration department to provide information on the type of visa issued to the alleged foreigners who were working with alleged criminals in our country.” reads the letter.

In a move that has been interpreted as throwing his staff under the bus, Ruto has also instructed Mutyambai to take action against any of his employees implicated in the scandal.

“Any officer in our establishment who will be found culpable should be arraigned in court the soonest possible,” the statement reads in part.

Echesa has insisted that he is a friend to the DP and does not need an appointment to see him.

“The deputy president is my friend. We’ve been friends for a very long time. I don’t even need an appointment to see the DP,” he said in a previous interview with NTV.

However, has described the former CS as an alleged criminal whose presence at Harambee Annex should be investigated by the relevant authorities.